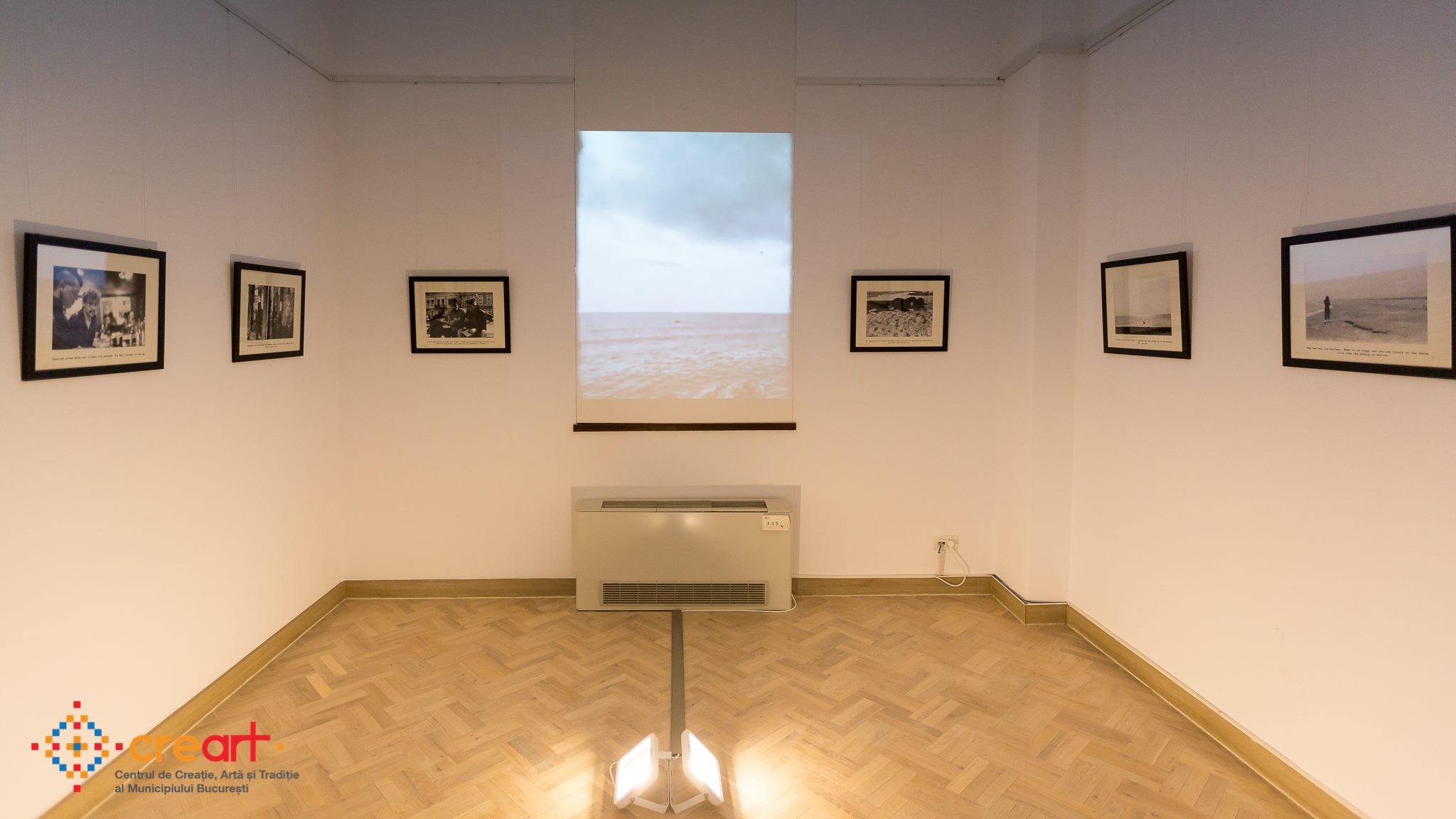 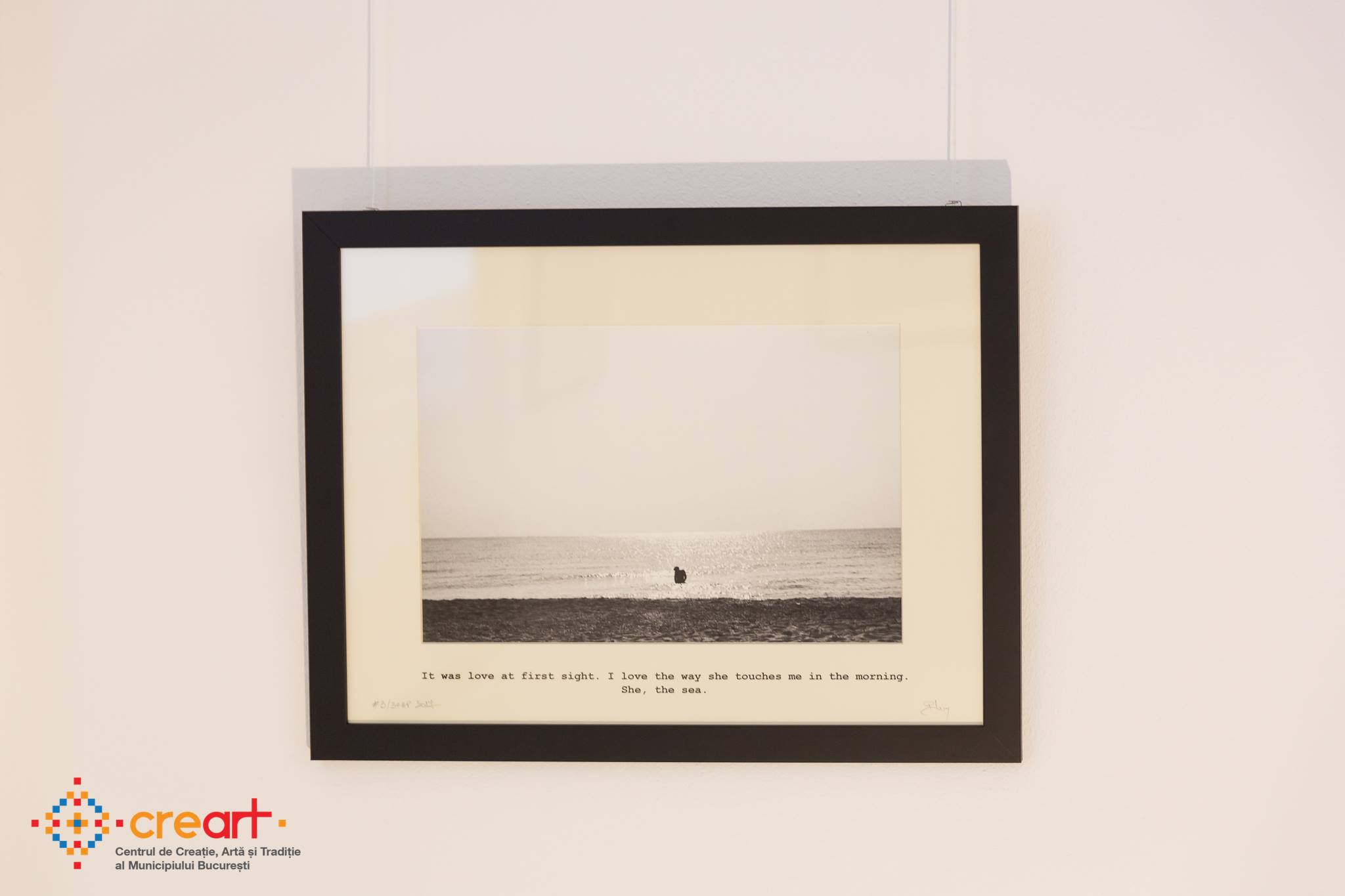 “Based on readings of Lacan and Kierkegaard, Jason R. D’aoust thinks of seduction as an answer to anxiety. First, he frames anxiety within the theory of the subject of the unconscious as the impossible experience of the Other’s desire. He then read excerpts from the Seducer’s Diary where the aesthetic jouissance of writing serves the purpose of mastering the anxiety caused by a surplus of jouissance.

TheEstheticOfSeduction it is a seducer’s diary. Where the seducer is the image and word, but the jouissance belongs to the Other.” (Răzvan Ion)

"The aesthetic found in the photographs of Răzvan Ion is one of absence, of denied memories, of stylized human pathologies. Of seduction. The seduction of image and text. To gain access to the realm of imagination, we make use of the ordinary flow of things, when we find ourselves in it everything refers to transcendence, and for whomsoever makes use of imagination, it becomes a mirage. One visual mirage." (Eugen Rădescu)

Răzvan Ion is an artist, curator, and theoretician. He exhibited at Bucharest Biennale, Poznan Biennial, SKC Gallery- Belgrade, National Museum of Art - Cluj, ICA - Bucharest, NY Experimental Festival, InterFACES - Bangkok, Centro Cultural del Matadero - Huesca, International Photo Ljubljana, CCA Ekaterinburg, National Museum of Art - Timișoara, ICA Budapest, New Langton - San Francisco etc. He was an associate professor at University of California, Berkeley; Lisbon University; Central University of New York; University of London; Sofia University; University of Kiev; etc. He has held conferences and lectures at different art institutions like Witte de With, Rotterdam; Kunsthalle Vienna; Art in General, New York; Calouste Gulbenkian, Lisbon; Casa Encedida, Madrid etc. He published in different books, published an artist book and worked as editor of several other books, including the most recent “Architectural Economy of a Biennial”. He was a professor at the University of Bucharest where he teached Curatorial Studies and Critical Thinking. Recently he was appointed the curator of Bucharest Biennale 8, together with Beral Madra.

Eugen Rădescu is cultural manager, curator and theoretician, with a background in political science (specialized on moral relativism and political ethics). He wrote for various magazines and newspapers. He curated, among others, Bucharest Biennale 1 with the theme “Identity Factories”, “How Innocent Is That?” , “presently i have nothing to show and I'm showing it!” and "Common Nostalgia" at Pavilion Bucharest. He published the book “How Innocent Is That?” at Revolver Book Berlin. He is co-editor of PAVILION – journal for politics and culture and co-director of Bucharest Biennale (with Răzvan Ion) and the chairman of the organizational board of PAVILION and BUCHAREST BIENNALE. He is a member of the selection board at apexart for the programs "Franchise" and "Unsolicited Proposal Program". He held different lectures at several institutions such as apex, New York, Badisher Kunstverein, Karlshrue, Casa Encedida, Madrid, University of Arts, Cluj. Currently, he is working on a new book, “Moral relativism – two perspectives”. He is Phd in political science at Babeș-Bolyai University. Also, he is a professor at Bucharest University and Babeș-Bolyai University, Cluj. Lives and works in Bucharest.

This event is part of White Night of the Art Galleries (www.noapteagaleriilor.ro)