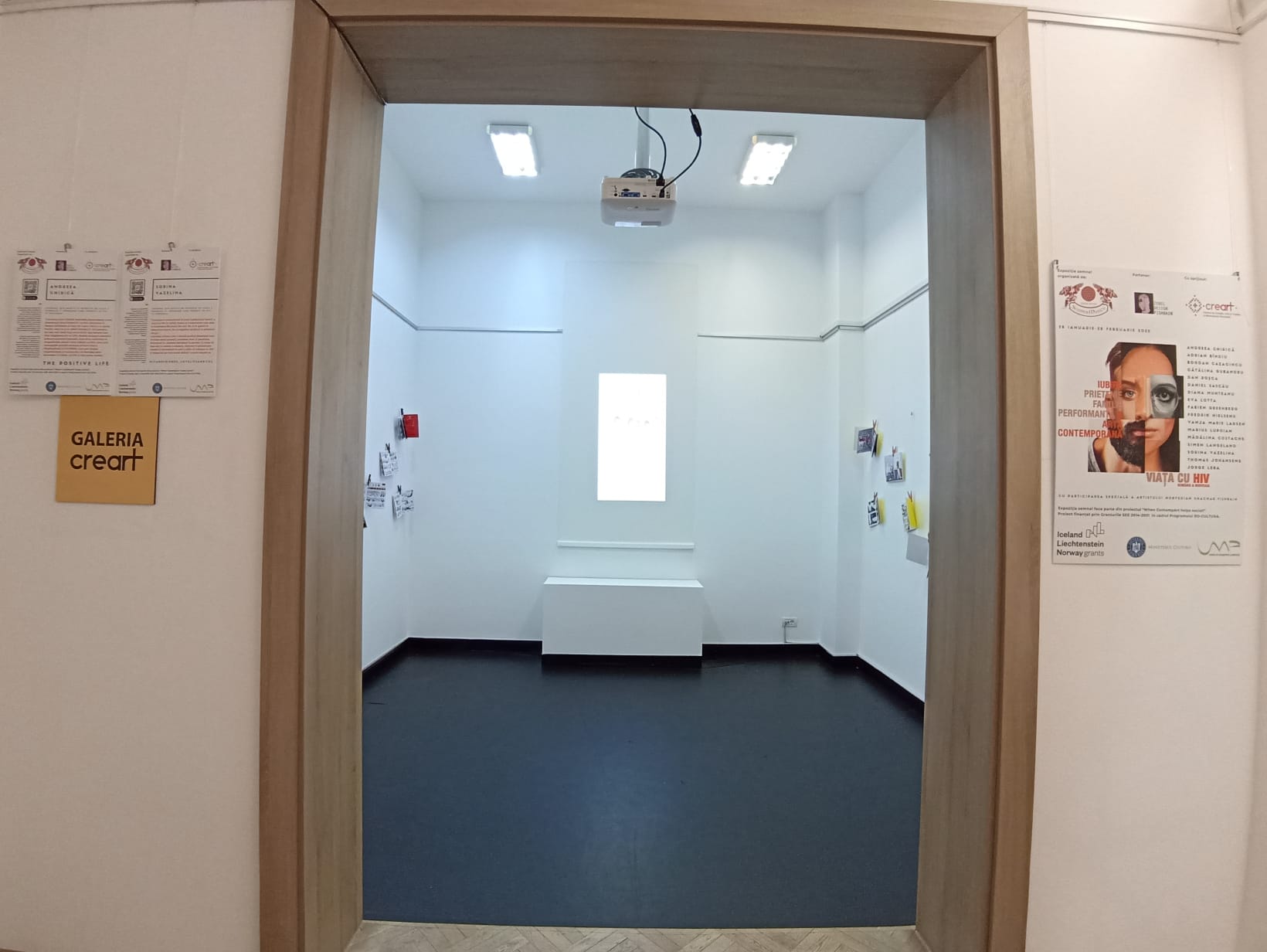 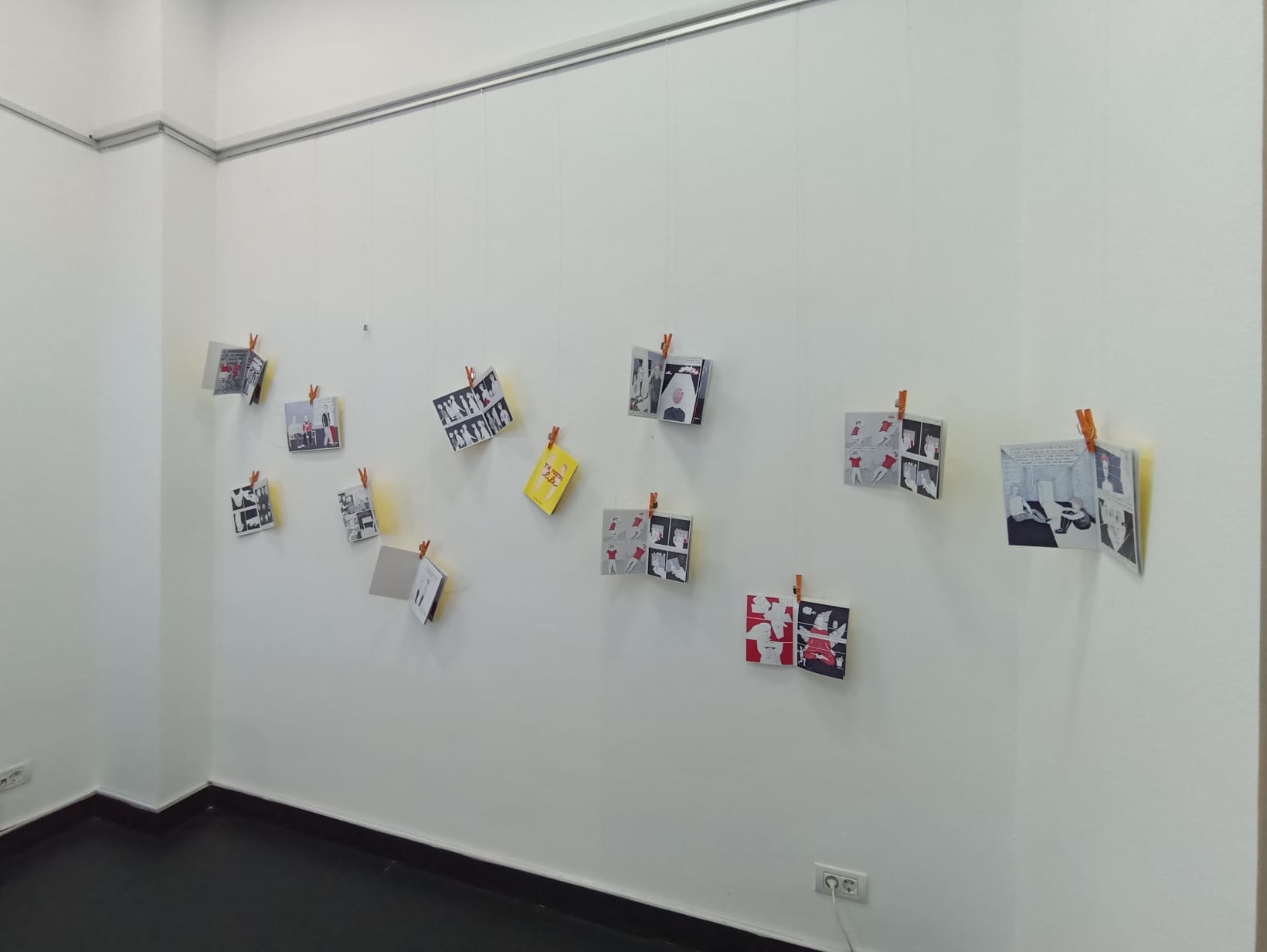 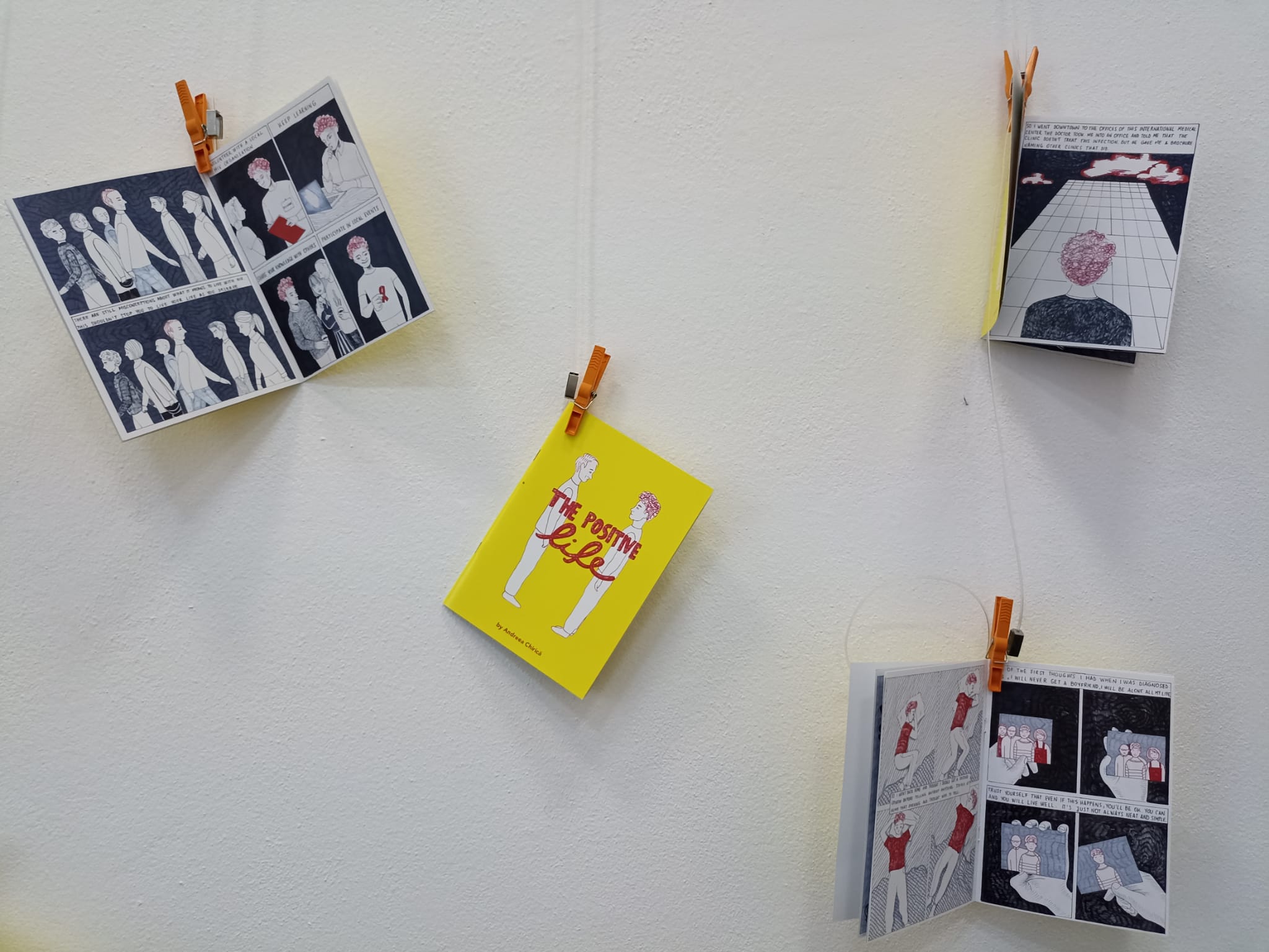 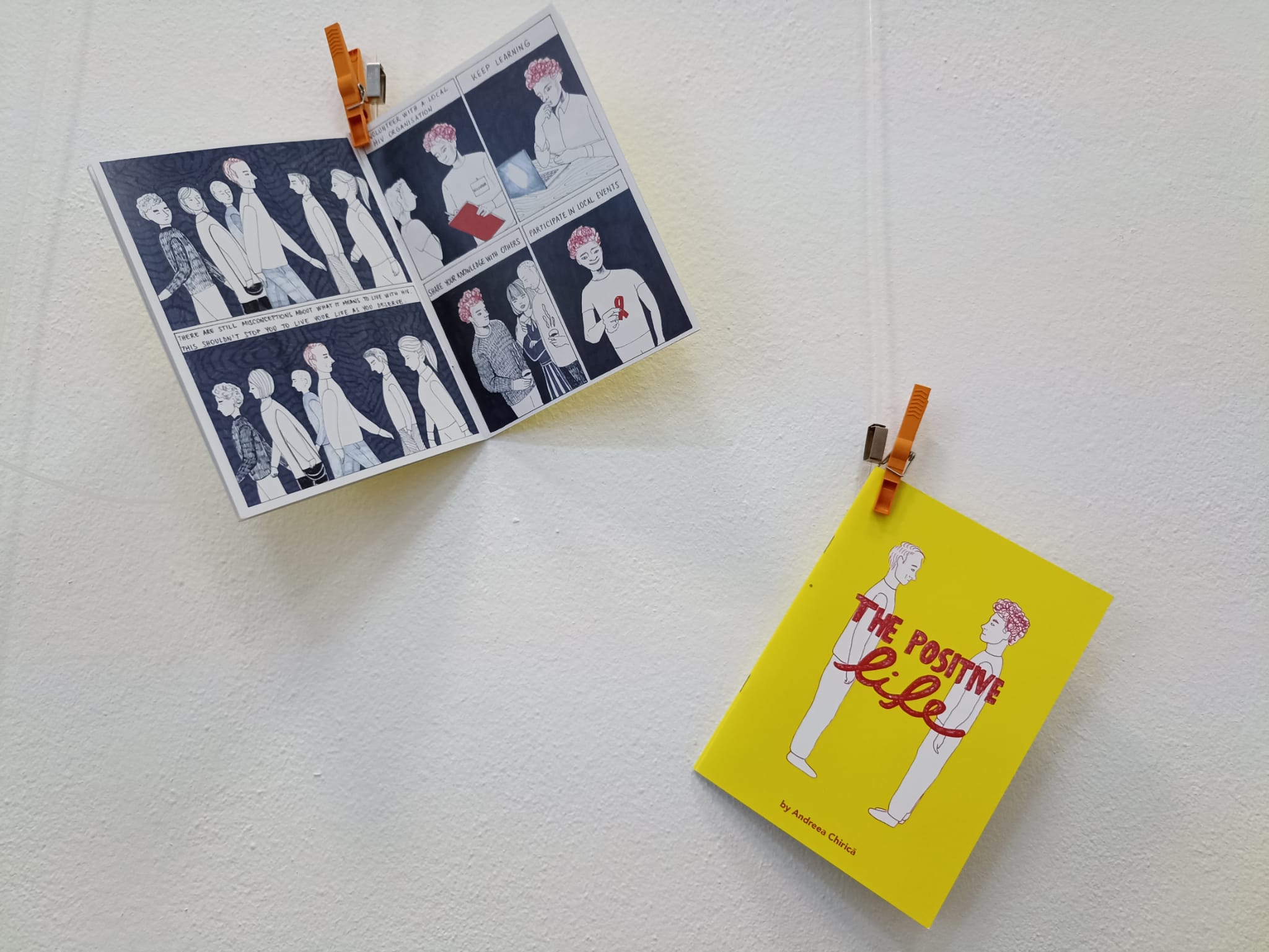 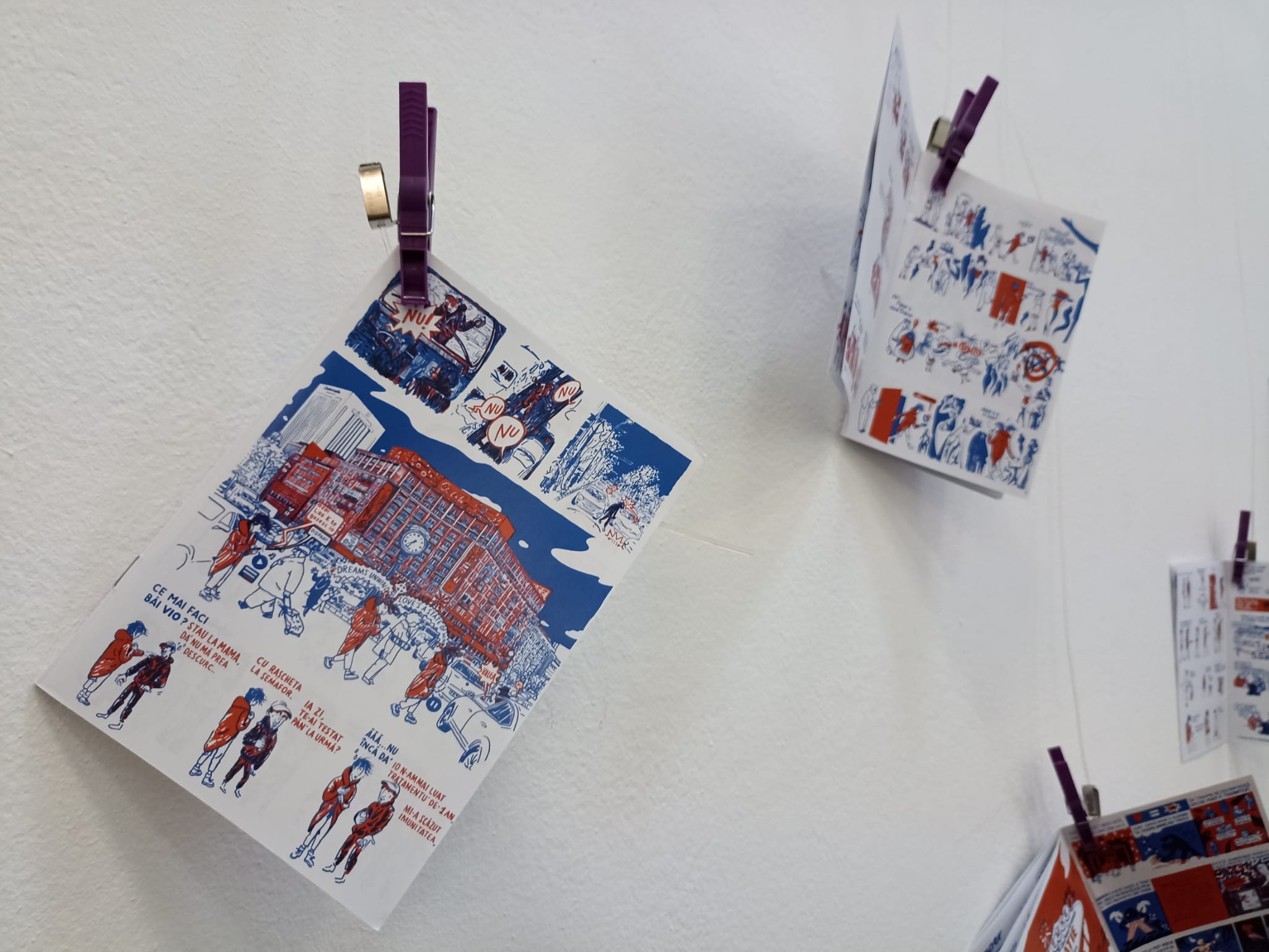 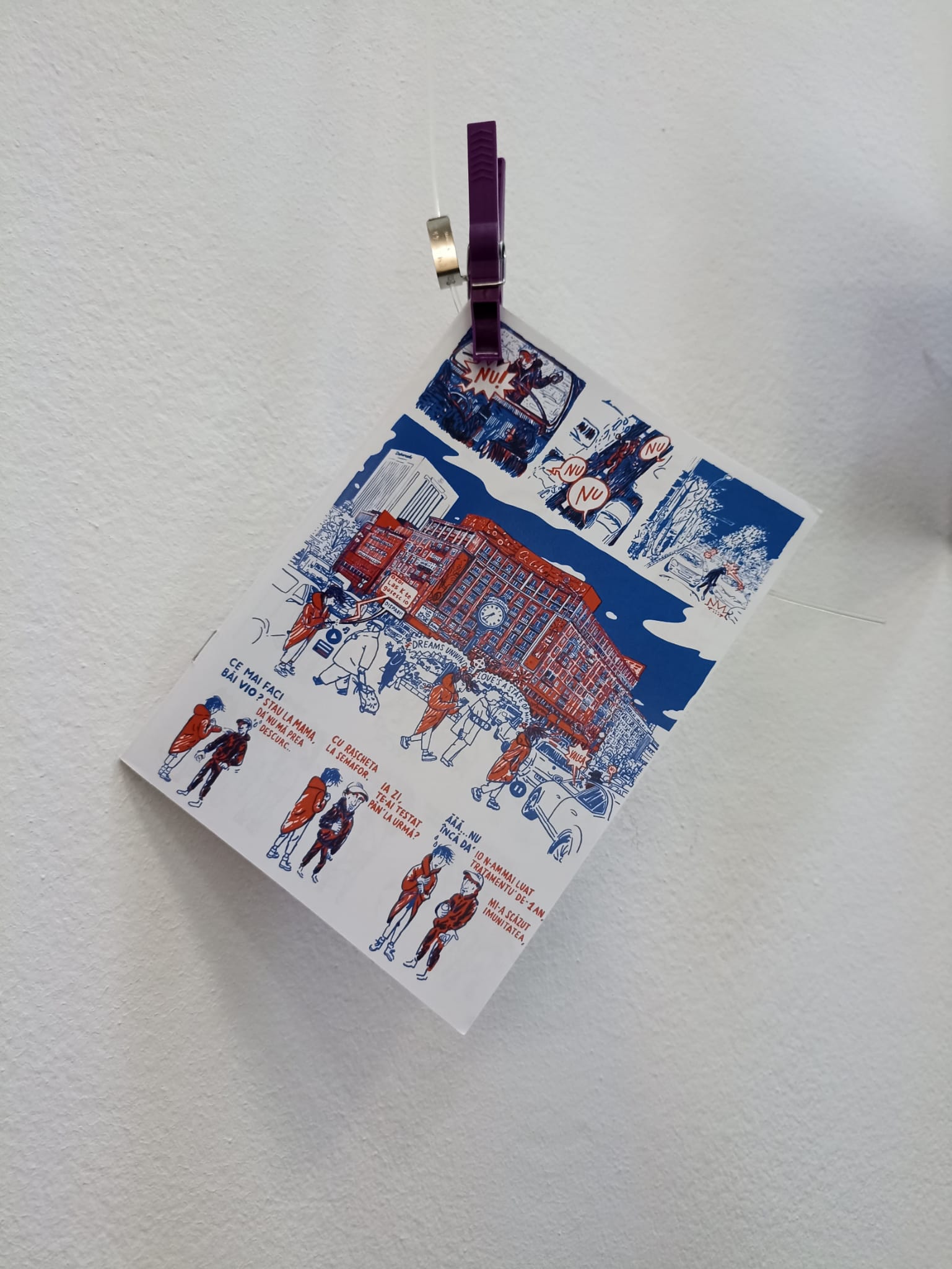 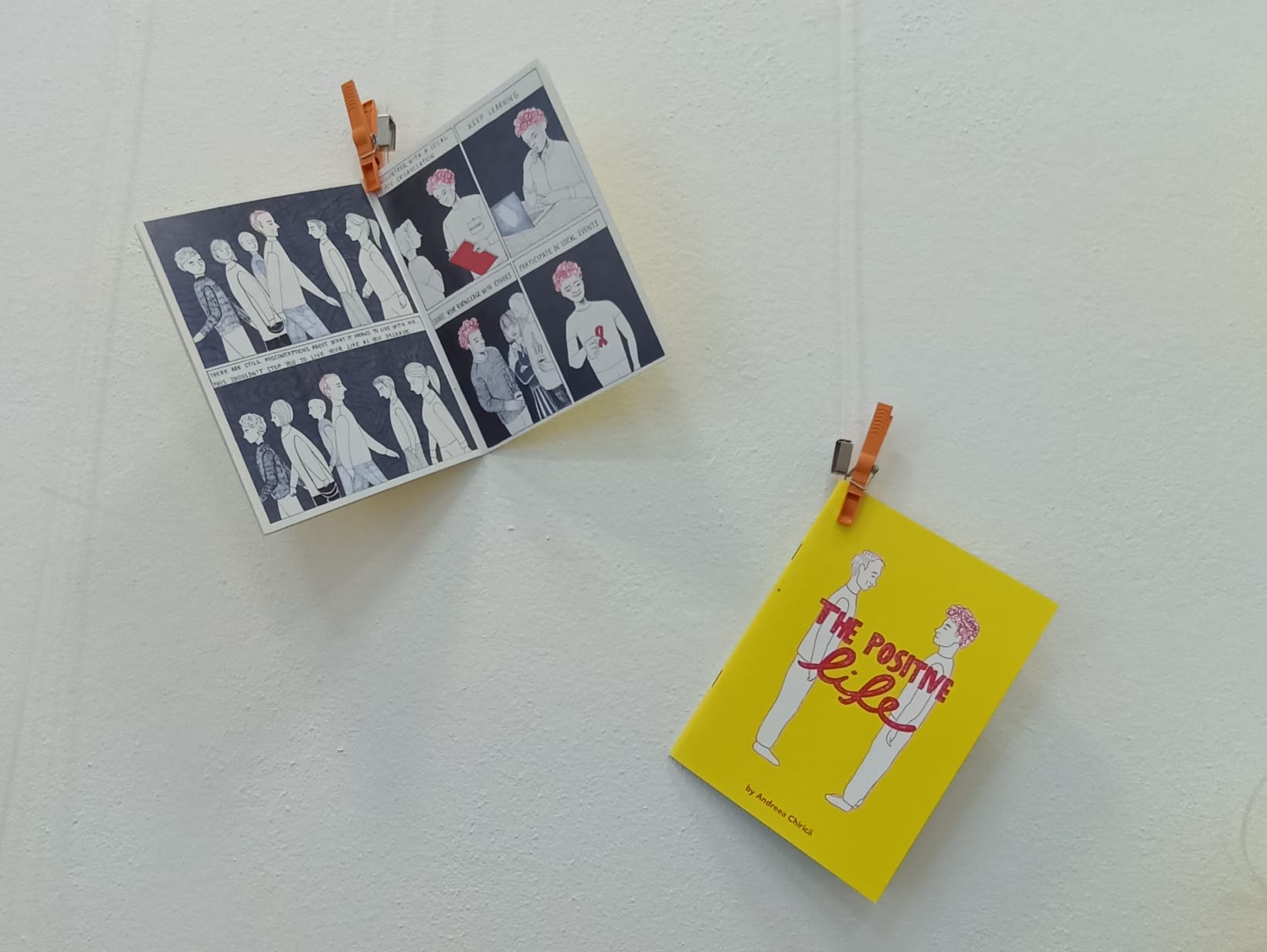 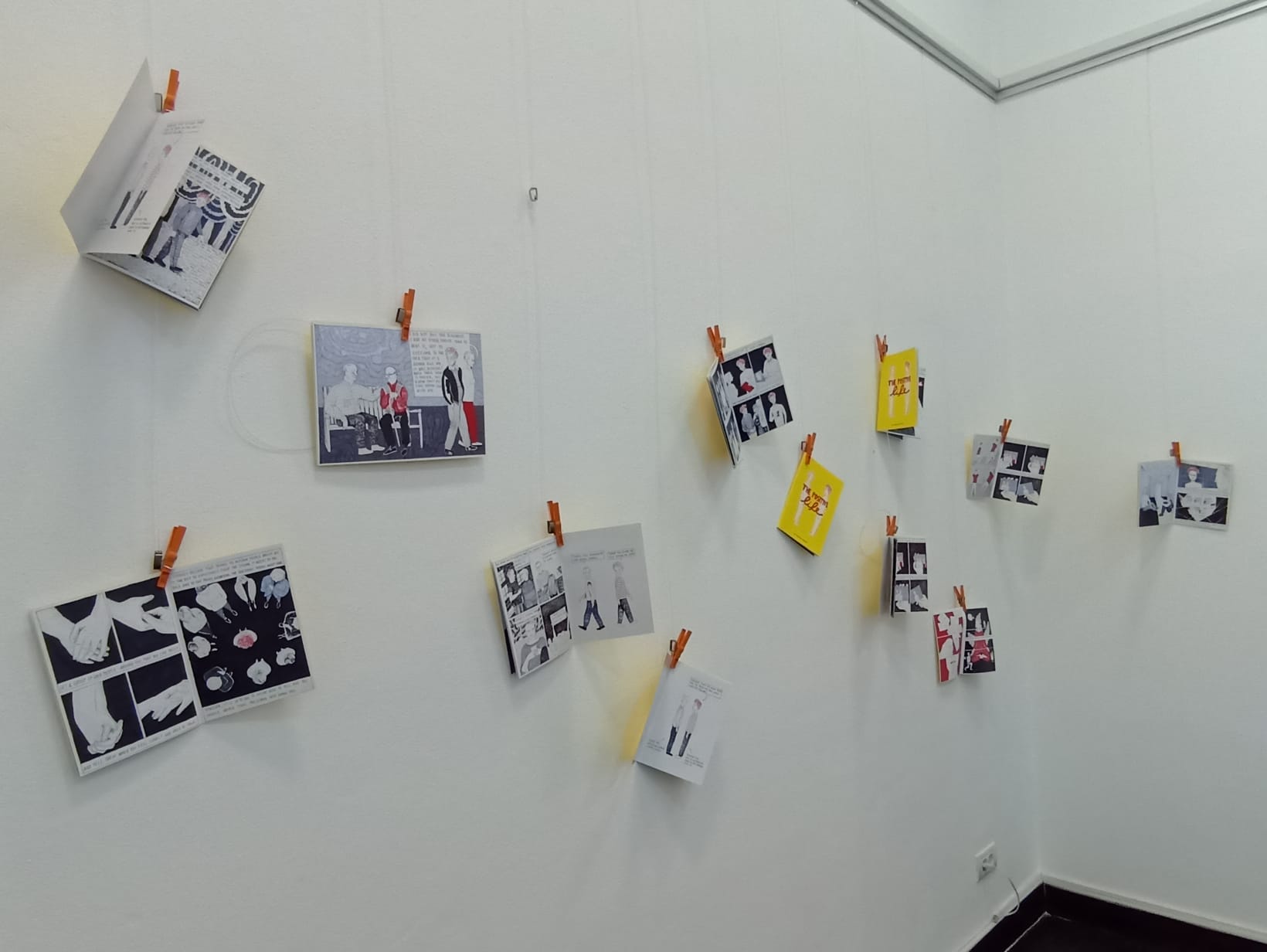 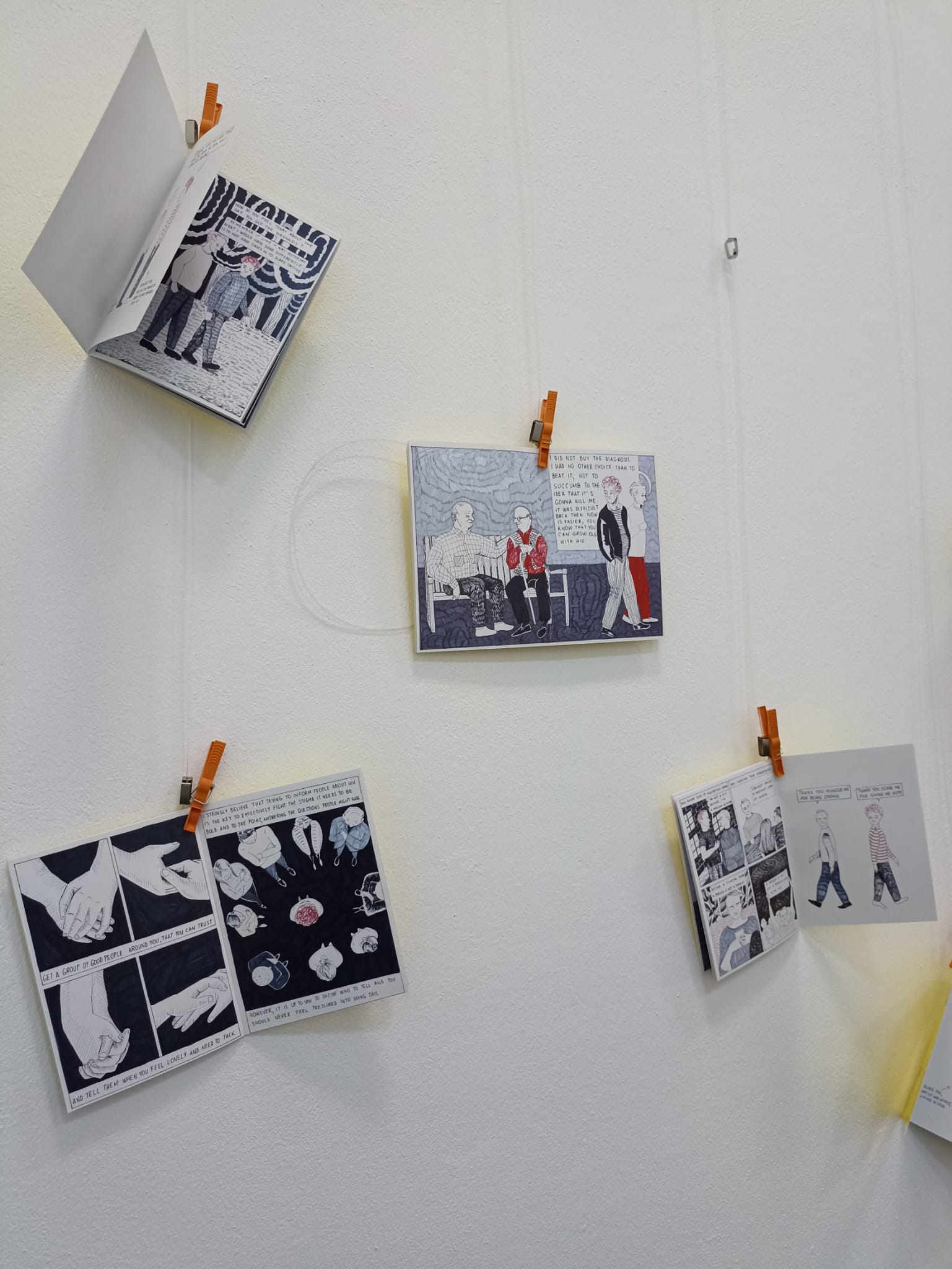 THE WORK IS BASED ON THE LIFE STORY OF MR. P (person living with HIV in Norway)

"The work is a comic book narrating a conversation between the young P. and the older P. about intimacy and couple life. If they could meet, what would Mr. P. advise his younger self (or any young man or woman who is diagnosed with HIV) about today? The comic book covers issues such as sexual partners, how to deal with loneliness when living with HIV, what are common misconceptions among young people diagnosed with HIV/AIDS, how they can overcome the stigma and shame of disclosing to others that they are living with HIV, and other related topics." - Andreea Chirică

Andreea Chirică is an artist and author of graphic novels. In 2011 she published the book "The year of the pioneer" with which she participated at Comic Con New York and the Barcelona International Comic Book Fair. Her second graphic novel, "Home Alone", was in the central exhibition of Romanian Design Week 2017 and received the award for illustration at "The most beautiful books in Romania", also in 2017. She has published comics and illustration in The Guardian, LA Times, Die Tageszeitung, Re:public Sweden, Elle Romania, Scena9, DOR etc. She has also exhibited at Residenzpflicht Berlin, Kunstraum Walcheturm Zürich, Visual Kontakt Cluj, creart Gallery Bucharest, Centro Mora Bucharest, National Museum of Contemporary Art Bucharest etc.

THE WORK IS BASED ON THE LIFE STORY OF MR. H (person living with HIV in Norway)

"The work is centered around the topic of love, living with HIV in toxic relationships, and the resources that are available to each of us, whether we find them within ourselves or find support in the friends around us."

The artist's work is a comic book that includes two stories, Ana's story and Mr. H.'s story, both running in parallel. While Ana is considering a quest, Mr. H tells the story of how and when he found out he was living with HIV and the impact this status has had on him.

Illustrator. One half graphic designer, one quarter illustrator and one quarter comic author (scene9). So far she has worked in two visual communication studios: Synopsis Media, in Timișoara, and It's Everyday, in Bucharest. Her comics have been published by Hardcomics, Kus Komics, Centrala UK and Novo Doba Belgrade. She used to be a contributor to the magazines: Esquire, Playboy and Regard. Some of the projects she has been involved in include: the visual identity for the White Night of Galleries in Bucharest, 100towatch.ro and George's Book, a compendium of Romanian cartoonists. In 2015 she won the prize for the best limited edition book in the competition „The Most Beautiful Books in Romania”.

Project funded through SEE 2014 – 2021 Grants within the RO-CULTURA Program.