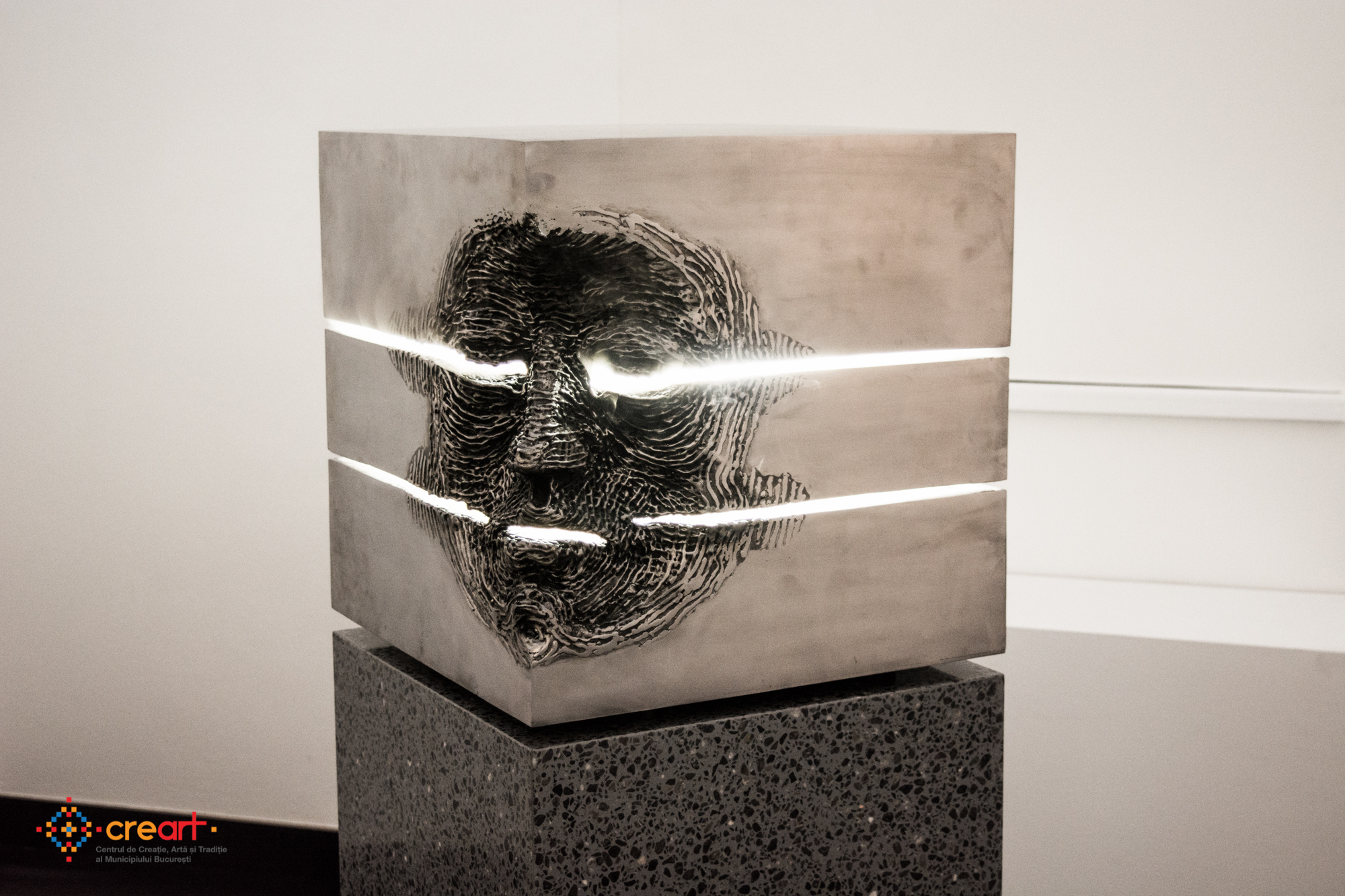 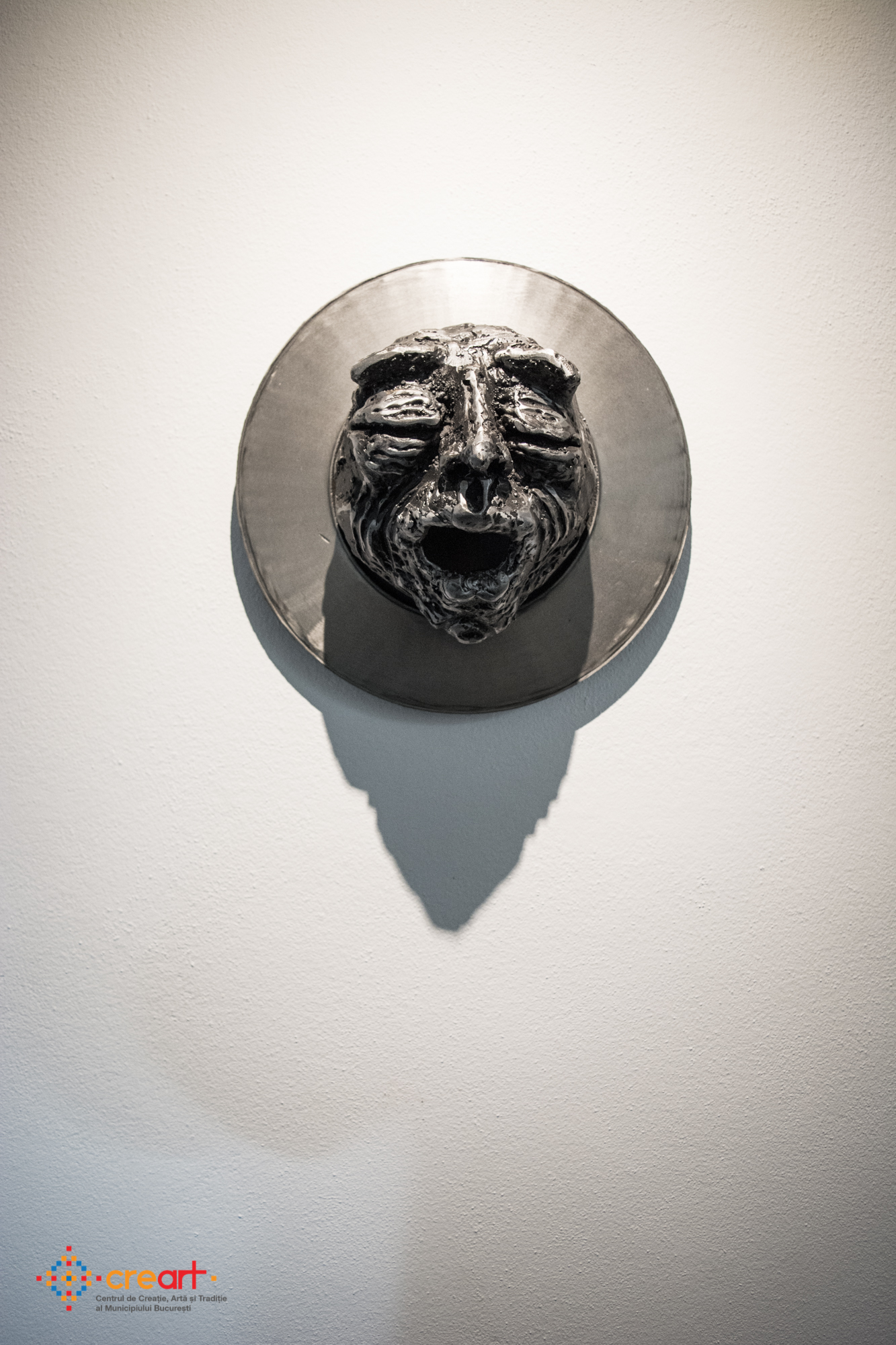 "Non-verbal communication, transposed through light and smoke, determines steel to represent just a personal and ideal vehicle for fusing the two, the whole actually being an utopia. Something that only appears present. The sculpture communicate with the space as a whole- I used light and smoke to fill every atom in the room. The entire composition is dominated by the strong contrast between materials, and, by homogenising them, I made the sculpture breathe, and speak to the spectator.” (Daniel Rădulescu)

"The light unveils new meanings of the steel, a priori impenetrable. The experience becomes the content of exposure. The object becomes secondary and impact of the spectator/viewer the concept. The intersection between matter and light in connection with space will put you in a different perspective than expected. Image of the entire exposition becomes cinematic, make you think to "Stranger Things". Daniel Rădulescu is self-conscious, self-referential, push the limit of the other more than himself or the medium." (Răzvan Ion)

Daniel Rădulescu is an independent artist and graphician. He studied traditional graphics at „Hans Mattis Teutsch” college in Brașov and sculpture at sculture departament at Arts University in Bucharest. He exhibited in Bucharest National Library, LaBorna art contemporary gallery, UNAgaleria, Qreator, Palatul Știrbei, Palatul Ghika, Palatul Noblesse, galeria Occidentului, Palatul Parlamentului, and in Cluj-Napoca,Timișoara, Brașov and Roubaix(France), in the frame of „La Braderie de l’Art” at La Condition Publique. He had a solo show at Kube Gallery Bucharest and one at "Helvetia luxury watches".

Răzvan Ion is a theoretician, curator and cultural manager. He was an associate professor at University of California, Berkeley; Lisbon University; Central University of New York; University of London; Sofia University; University of Kiev; etc. He has held conferences and lectures at different art institutions like Witte de With, Rotterdam; Kunsthalle Vienna; Art in General, New York; Calouste Gulbenkian, Lisbon; Casa Encedida, Madrid etc. He is the co-founder of Bucharest Biennale, Pavilion Journal and Reforma Photo Days (toghether with Eugen Rădescu). He was a professor at the University of Bucharest where he teached Curatorial Studies and Critical Thinking. Recently he was the curator of Bucharest Biennale 8, together with Beral Madra. He is the coordinator of creart Gallery since 2017.