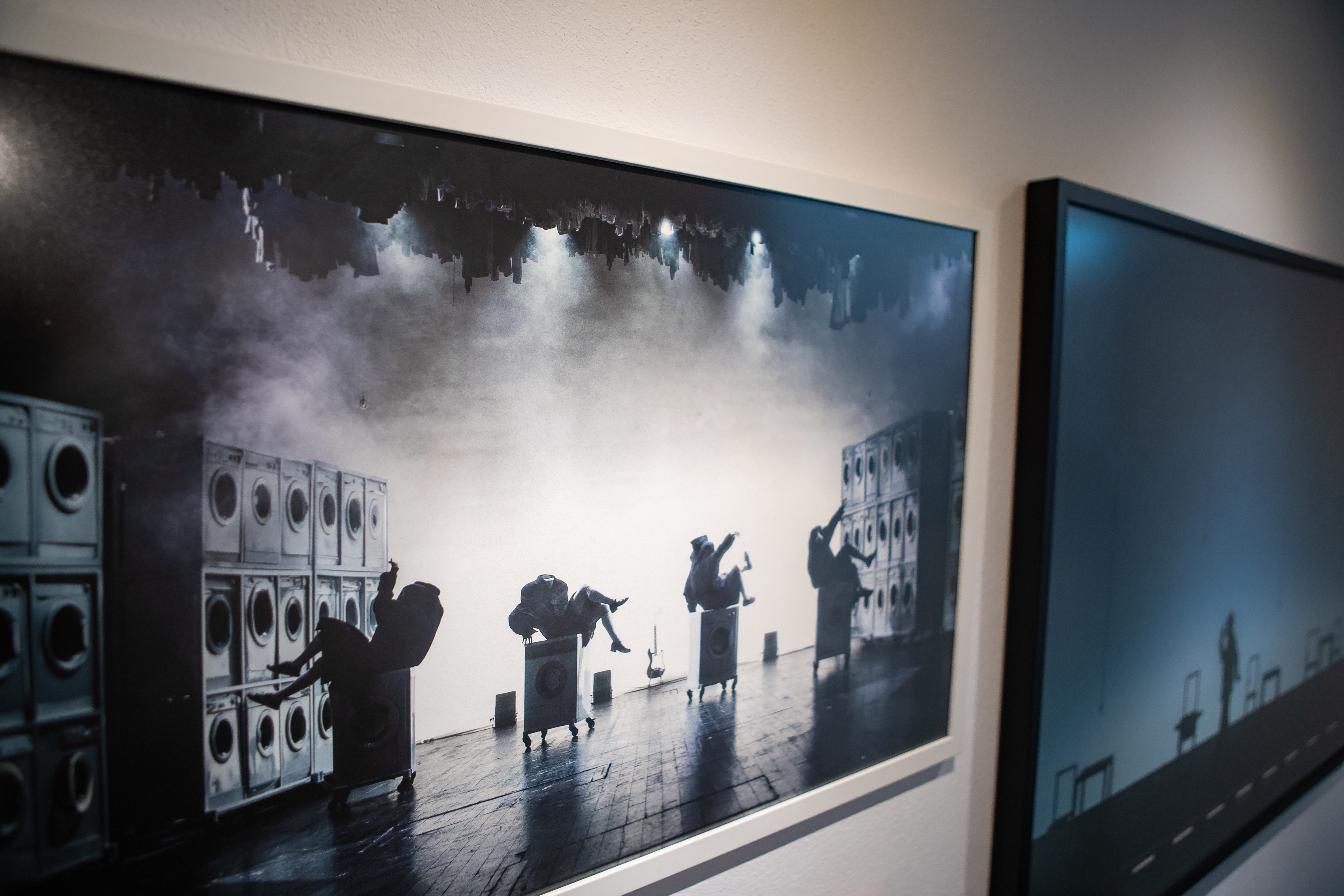 "Bulboacă creates the image by generating new, surreal places, even beyond the concept of the stage director or scene designer. He transforms the theater photography into staged photography, being familiarized with the visual language of cinema and selecting the visual elements with great care. Thus, his images wake up the narrative memories in the mind of the audience, who builds up a story of her/ his own even before seeing the play. Using everyday memories, as well as the dramatic memory of the audience, Bulboacă’s images generate an entirely personal aspect. Bulboacă is the artist-photographer who provides a static image and allows the audience to build up the beginning, middle or end of her / his own narration.“ (Răzvan Ion)

Adrian Bulboacă is a photographer specialized in theater photography. He took the first photos at the age of 16. He has photographed over 1000 productions in all national theaters in Romania and has worked with directors of all generations, among them Radu Afrim, Mihai Măniuțiu, Gianina Cărbunariu, Silviu Purcărete, Alexandru Dabija, Catinca Drăgănescu, Bobi Pricop, Eugen Jebeleanu, Radu Nica, Carmen Lidia Vidu and others. He has documented the entire working process on Robert Wilson's „Rhino“ show and has photographed Robert Lepage's productions in three European cities. He has exhibited in different locations, among them the National Museum of Contemporary Art - Bucharest, the Kalinderu Palace - Bucharest or the Romanian Cultural Institute in Paris. He lives and works in Bucharest.

Răzvan Ion is a theoretician, curator and cultural manager. He was an associate professor and lecturer at University of California, Berkeley; Lisbon University; Central University of New York; University of London; Sofia University; University of Kiev etc. He has held conferences and lectures at different art institutions like Witte de With, Rotterdam; Kunsthalle Vienna; Art in General, New York; Calouste Gulbenkian, Lisbon; Casa Encedida, Madrid etc. He is the co-founder of Bucharest Biennale, Pavilion Journal and Reforma Photo Days (toghether with Eugen Rădescu). As an artist he has exhibited in Bucharest Biennale, Poznan Biennial, SKC Gallery - Belgrade, National Museum of Art – Cluj, ICA – Bucharest, NY Experimental Festival, InterFACES – Bangkok, Centro Cultural del Matadero – Madrid, International Photo Ljubljana, Going Public - Milano, CCA Ekaterinburg, National Museum of Art – Timișoara, ICA Budapest, New Langton – San Francisco etc. He was a professor at the University of Bucharest, where he teached Curatorial Studies and Critical Thinking. Recently he was the curator of Bucharest Biennale 8, together with Beral Madra. He is the coordinator of creart Gallery since 2017. Lives and works in Vienna.