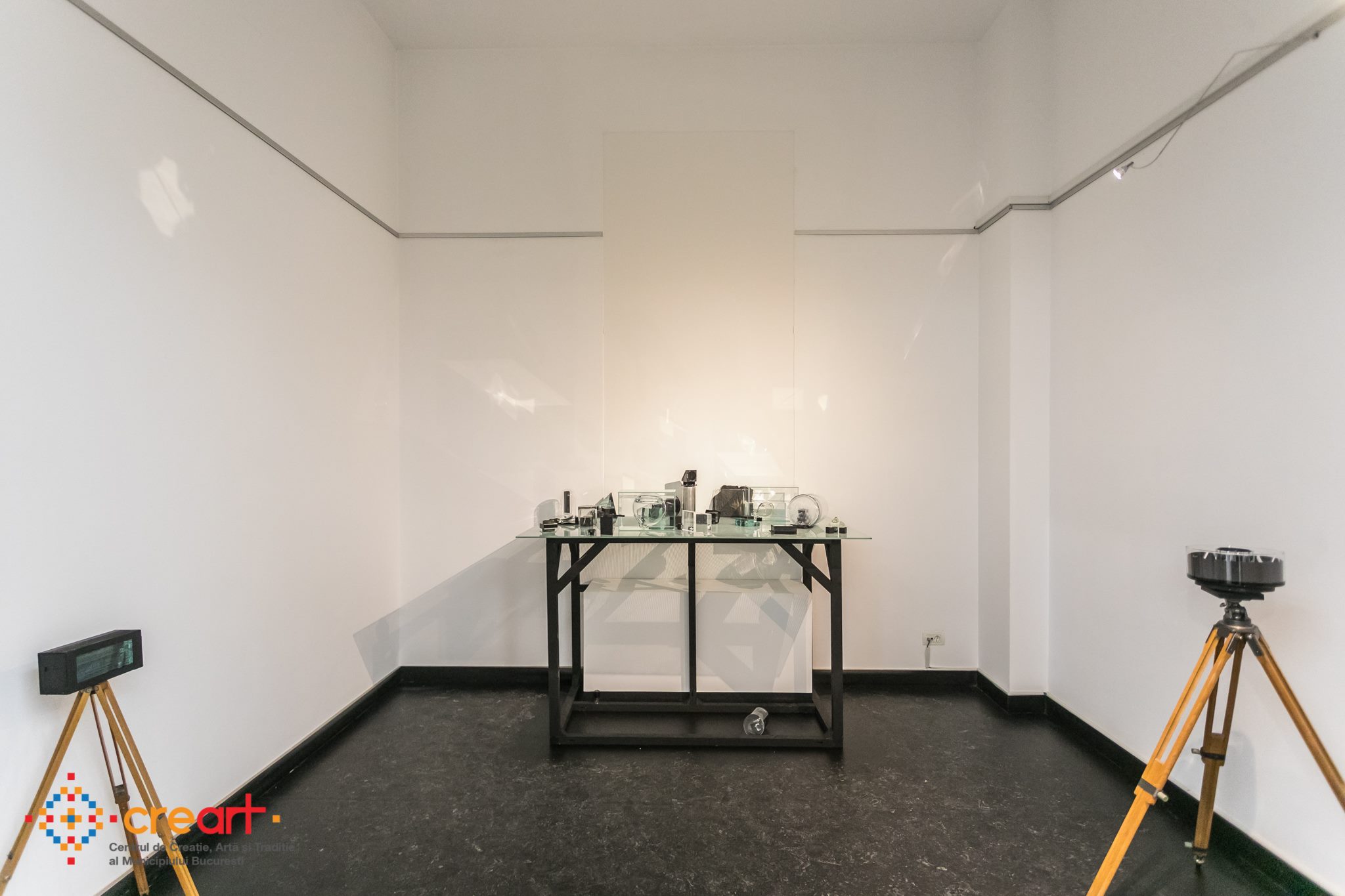 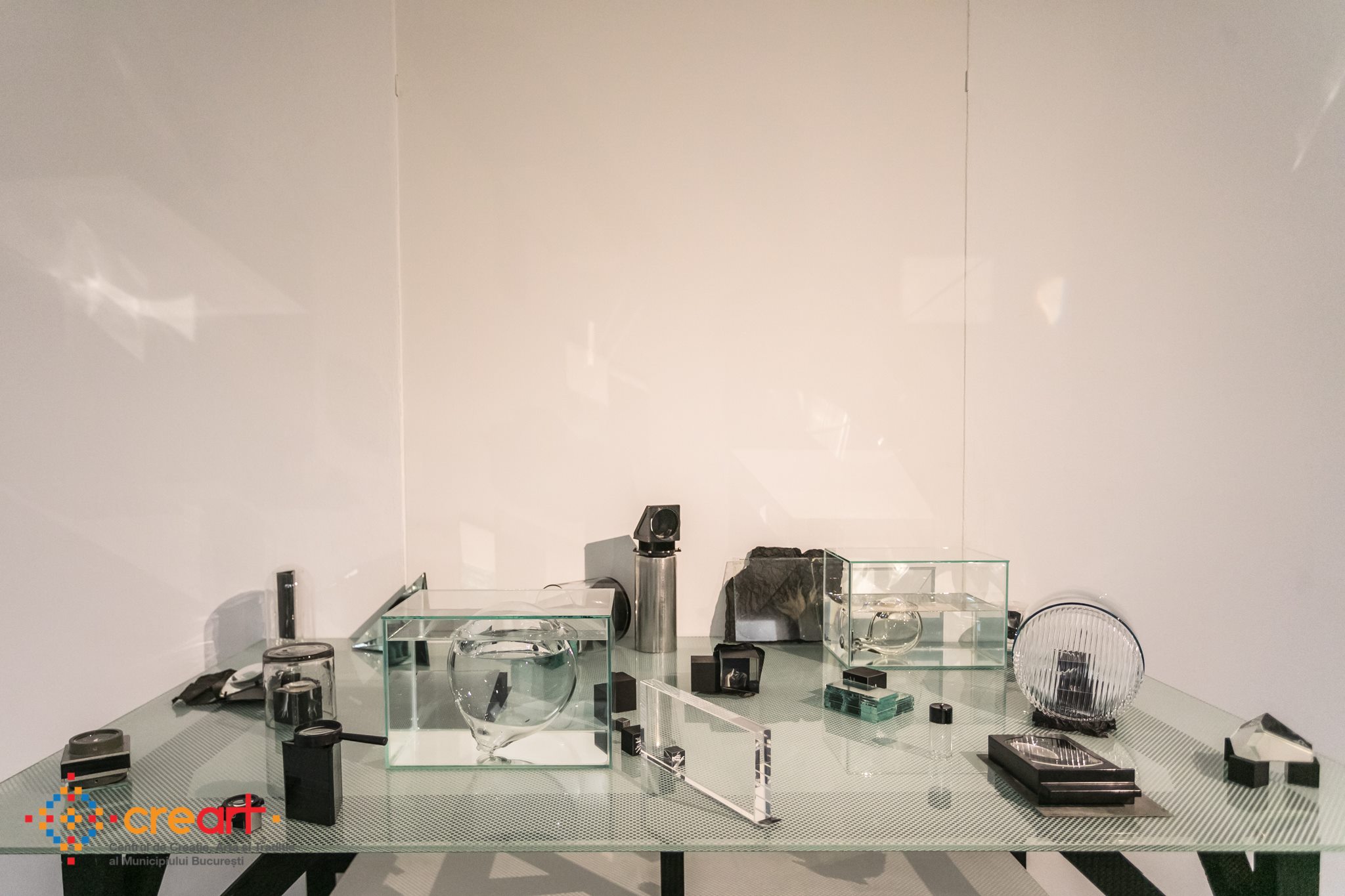 “Images tend to live differently than we like to believe. We throw them out into the world and enjoy the idea that they encrypt controlled significations, infused into a cultural smear of invariability. We think that they subside into a knot of emotional tropes, even if we seem to ask them to discreetly circumvent. Passing through several processes of appropriation, the image (especially the photographic image) ends up stumbling (at least from an exhibition standpoint) into translating the three-dimensional into the two-dimensional. Opening a speculative path to the visual and turning over ready-made significations, we invariably reach the 0 point of culture - play. I propose moving the cognitive from the collective imaginary into the empirical one and take the images out for a game (and us too, along with them). Allow them to lay, build, spin. Allow them to hide and unfold as they please. Let us touch them, not only gaze at them.” (Sabina Suru)

Sabina Suru is an artist who works with photography as a few do. Constantly she finds new forms and the exposing differs from on space to another and from one concept to another. She explores an infinity of forms, dimensions, reflections, transparent shapes, getting new forms of perception of the reality. Exploration which is more like a game, a game she is playing continuously. Suru is speaking about many mechanisms of speculations and interpretation of the image. Image which is transformed and modified repeatedly of the succession of lenses and a different shapes who are between the image and the viewer. From the first image to the final one there are countless systems of obsessive research of the way an image can be analysed. Sabina is so positioned closer of the concept of the image trough photography. (Theodor Moise)

Sabina Suru (b. 1986) lives and works in Bucharest. She is active in photography and intermedia, being interested in the way narrative and object-oriented approaches can participate in a widening of the formal, conceptual and exhibition spectrum of photography. She held exhibitions locally and abroad - White Noise Gallery [IT], Brush Factory, Mezanin, Quadro Gallery, Workshop 030202, Anca Poteraşu Gallery, MateriaRepositorium, Linotip, MNAC Bucharest, Art Museum of Cluj etc., having also published locally (Exposing Movement) and internationally (Svaya, Apofenie Magazine, etc.).

Theodor Moise (b. 1996) is an artist, graphic designer and curator. He exhibited in many contexts, edited books and magazines. Recently he was selected by Art Theorema - Imago Mundi Highlights. He was assistant and graphic designer for Bucharest Biennale 8 - “Edith your future”. His works includes from photography to video, object, installation, picture and drawings. He exhibited in Museum of Art in Cluj-Napoca, Creart Gallery, Fantom Berlin and other spaces. He lives and works in Bucharest.