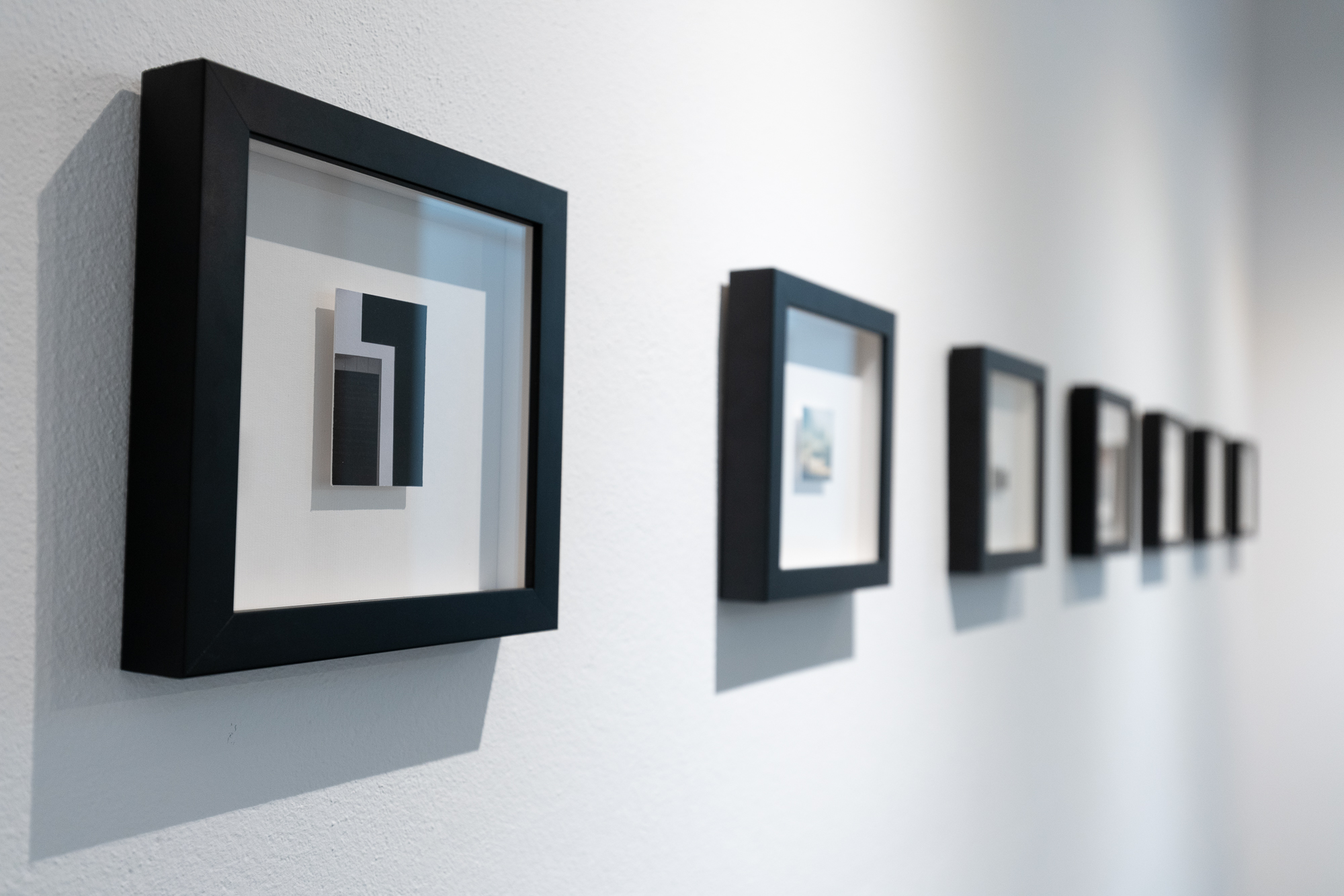 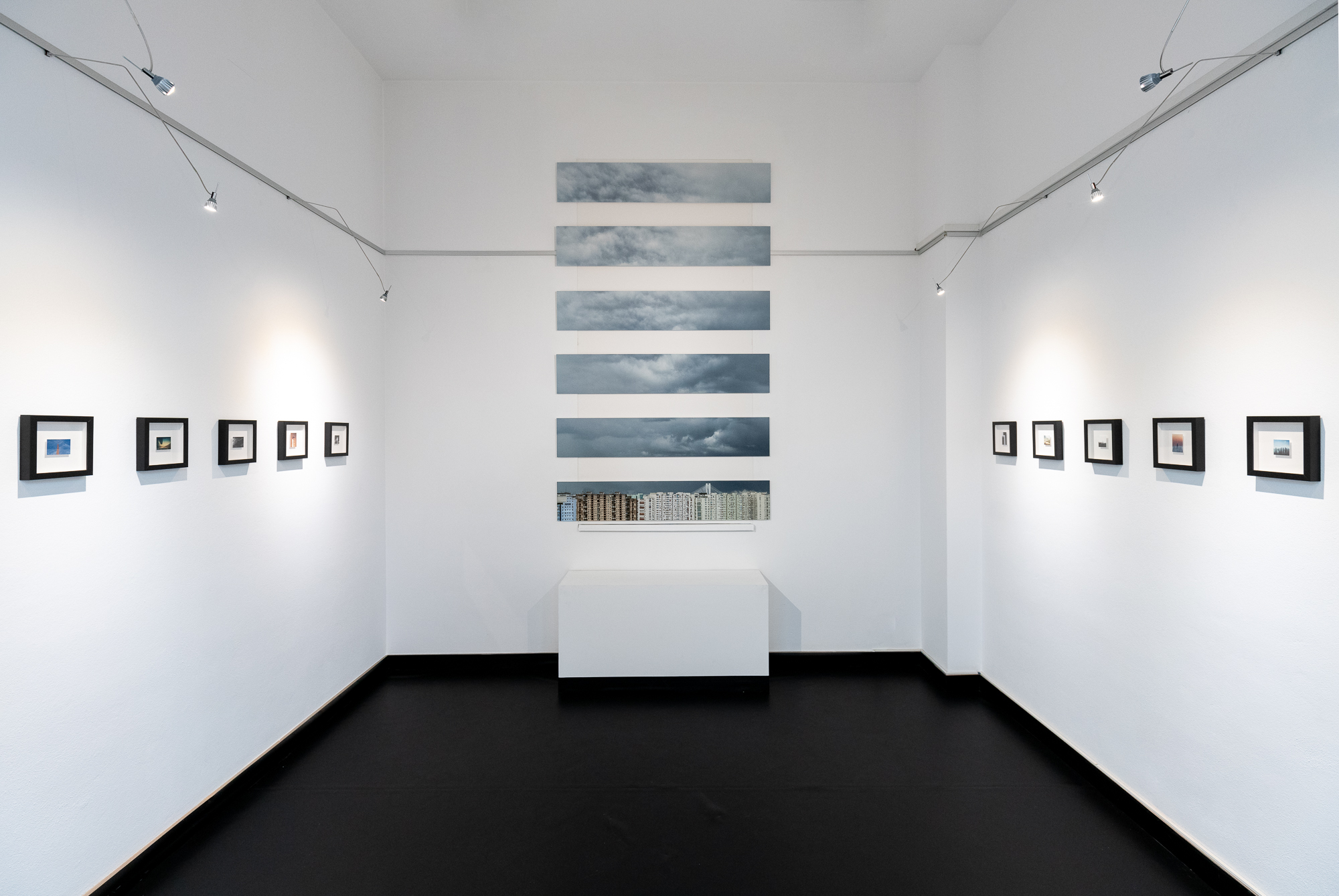 "One composite, one single structure, one paradigm or style of approach. But could be enough to understand what is happening around? Our need to see what we see is boosted by our way of thinking and by the perspective that we have, considering the society where we live is based on these notions. but not as individual elements, but as a universal social context. The begging, as new, and postmodernity as a temporary moment and new space for society. We see around us, up and down - we can approach perspectives, but how we can agglutinate them, such that we can create an ideal reality and not a simulacrum. Cornel Lazia’s photography talks about an ecosystem, consisting of buildings, people, a way of living, urban obsessions.

In his photography, Cornel Lazia explores the idea of a new code of the cities, reinterpreting the relation between human and structure, having the intention to create an ideal city which lives and breathe in an imaginary dimension, depositing aspirations that feed with inspiration. Personally, this selection shows the multitude connections with this “humans congestions”, real human reactors witch feed the progress and the hope." (Eugen Rădescu)

Cornel Lazia started snapping pictures in 1990, the year that marked the end of the communist era in Romania. Shortly after he joined the film school in Bucharest he started shooting short feature films. "Phoenix" and "Mimi" are two of his films that would set the tone of his later works. Phoenix was a festival movie that witnessed the return of one of the famous Romanian folk-rock bands, "Phoenix", to the Romanian scene after they had been in exile for 20 years. This was just the beginning of a fusion between his passion for photography and his interest in music. In the years to come, Cornel started photographing the emerging music scene of Bucharest. His photography helped make the statement of different artists, from the early underground days of bands Șuie Paparude, DJ Vasile, BUG Mafia, Omul cu Șobolani, Deceneu, to name just a few. His work was widely used in everything from CD covers to magazine editorials, and some of the first music videos to surface on the newly created music market. "Mimi", a second short film, illustrates the more serene qualities of his work. A lot of Cornel's contemplative side can be seen in his fashion work: portraits, model books, and fashion editorials in various glossy magazines like Elle, Beaumonde, Tabu, Cosmopolitan, and One. Sought after for his precise lighting techniques and his clean and spontaneous style his advertising work includes a wide range of subjects and clients. Currently based in Bucharest, Cornel enjoys capturing snapshots of everything that challenges the ideas of modern city. He lives and works in Bucharest.

Eugen Rădescu is a cultural manager, curator, and theoretician, with a background in political science (specialised on moral relativism and political ethics). He wrote for various magazines and newspapers. He curated, among others, Bucharest Biennale 1 with the theme “Identity Factories”, “How Innocent Is That?” , “presently I have nothing to show and I’m showing it!” and "Common Nostalgia" at Pavilion Bucharest. He published the book “How Innocent Is That?” at Revolver Book Berlin. He is co-editor of PAVILION – journal for politics and culture and co-director of Bucharest Biennale and the chairman of the organisational board of PAVILION and BUCHAREST BIENNALE. He is a member of the selection board at apexart for the programs "Franchise" and "Unsolicited Proposal Program". He held different lectures at several institutions such as apex, New York, Badisher Kunstverein, Karlshrue, Casa Encedida, Madrid, Paris Photo, Paris, Gulbenkian Centre, Lisbon. He is a professor at Bucharest University and Babeș-Bolyai University, Cluj. Lives and works in Bucharest.