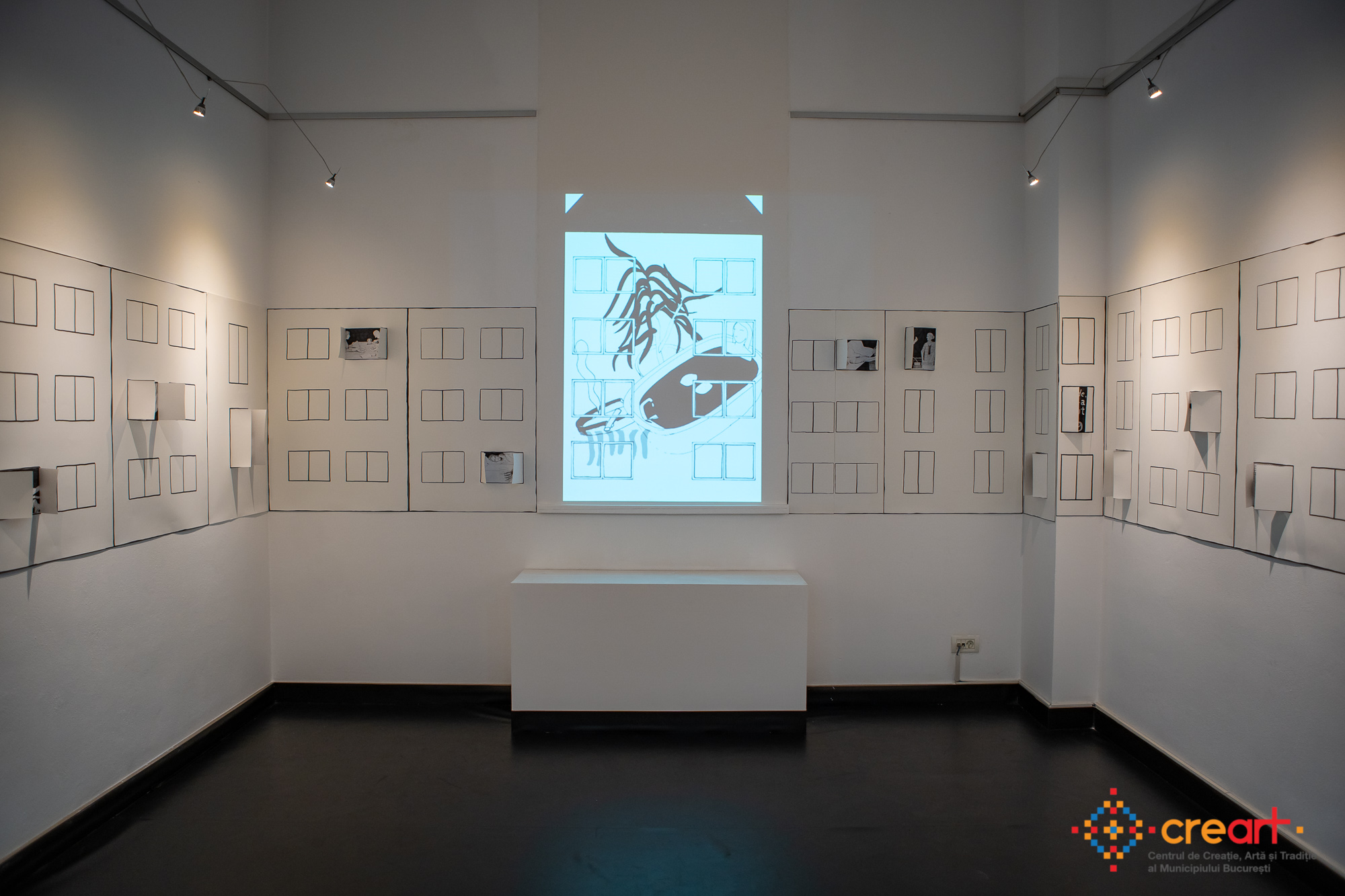 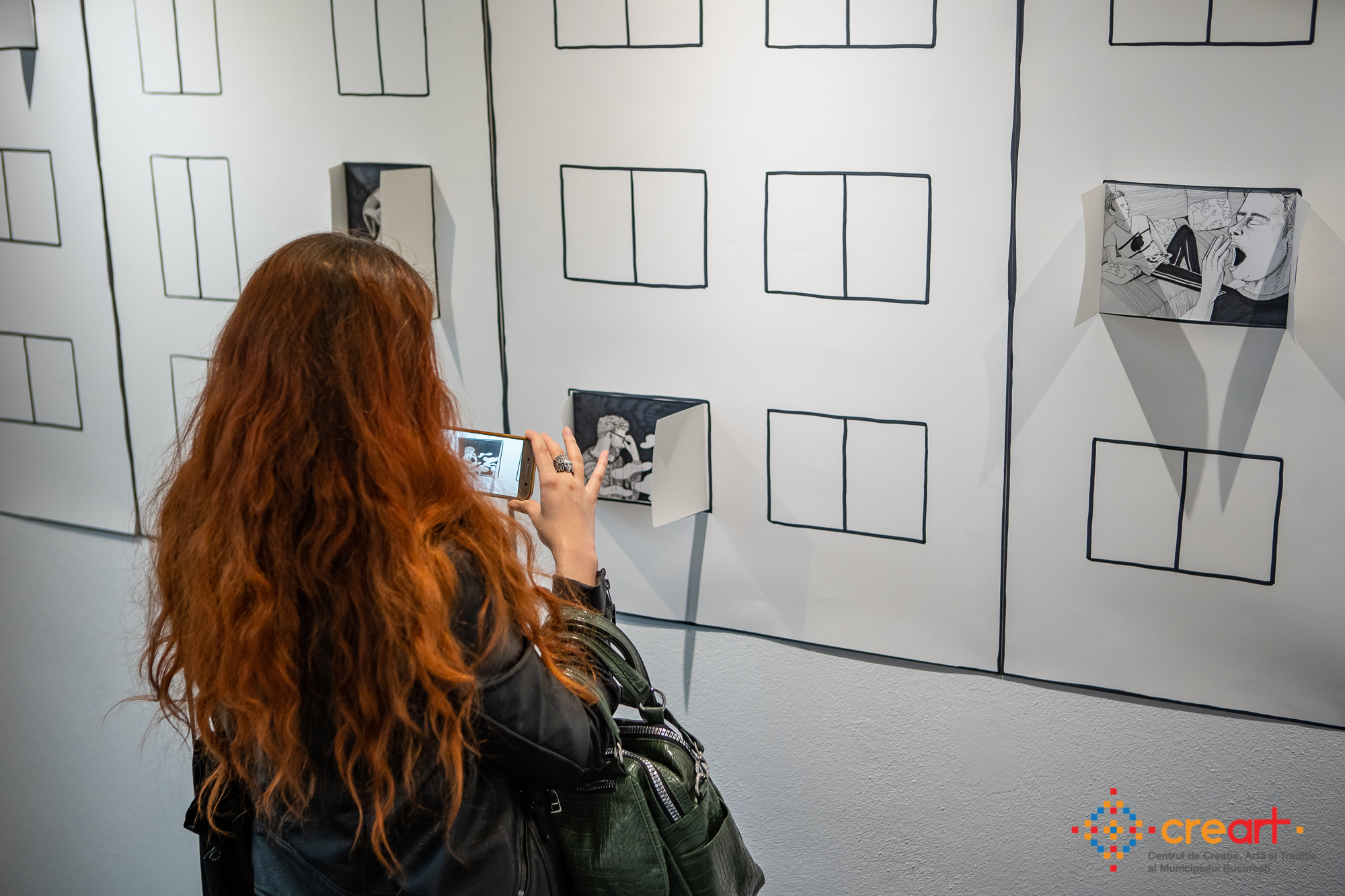 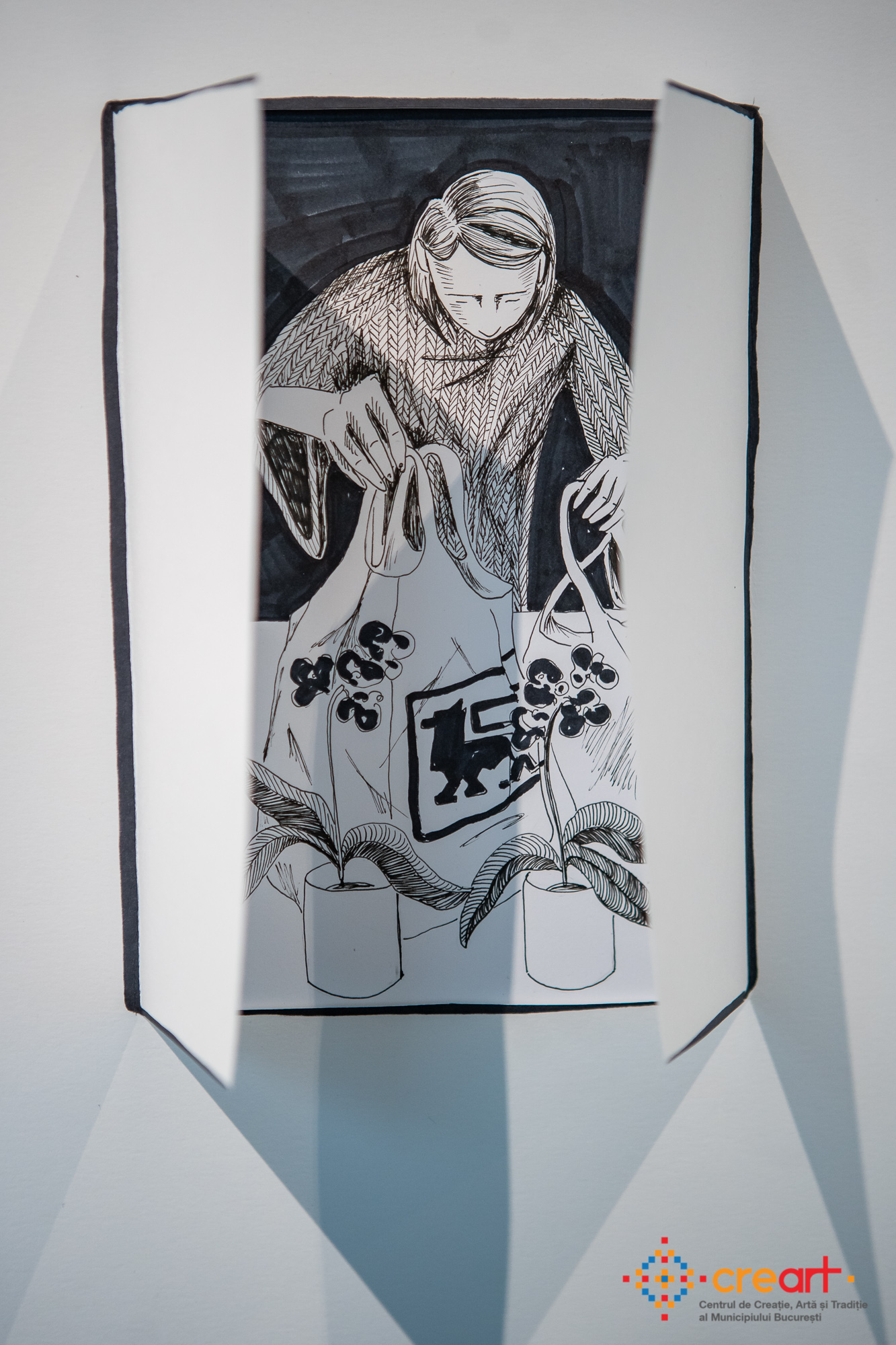 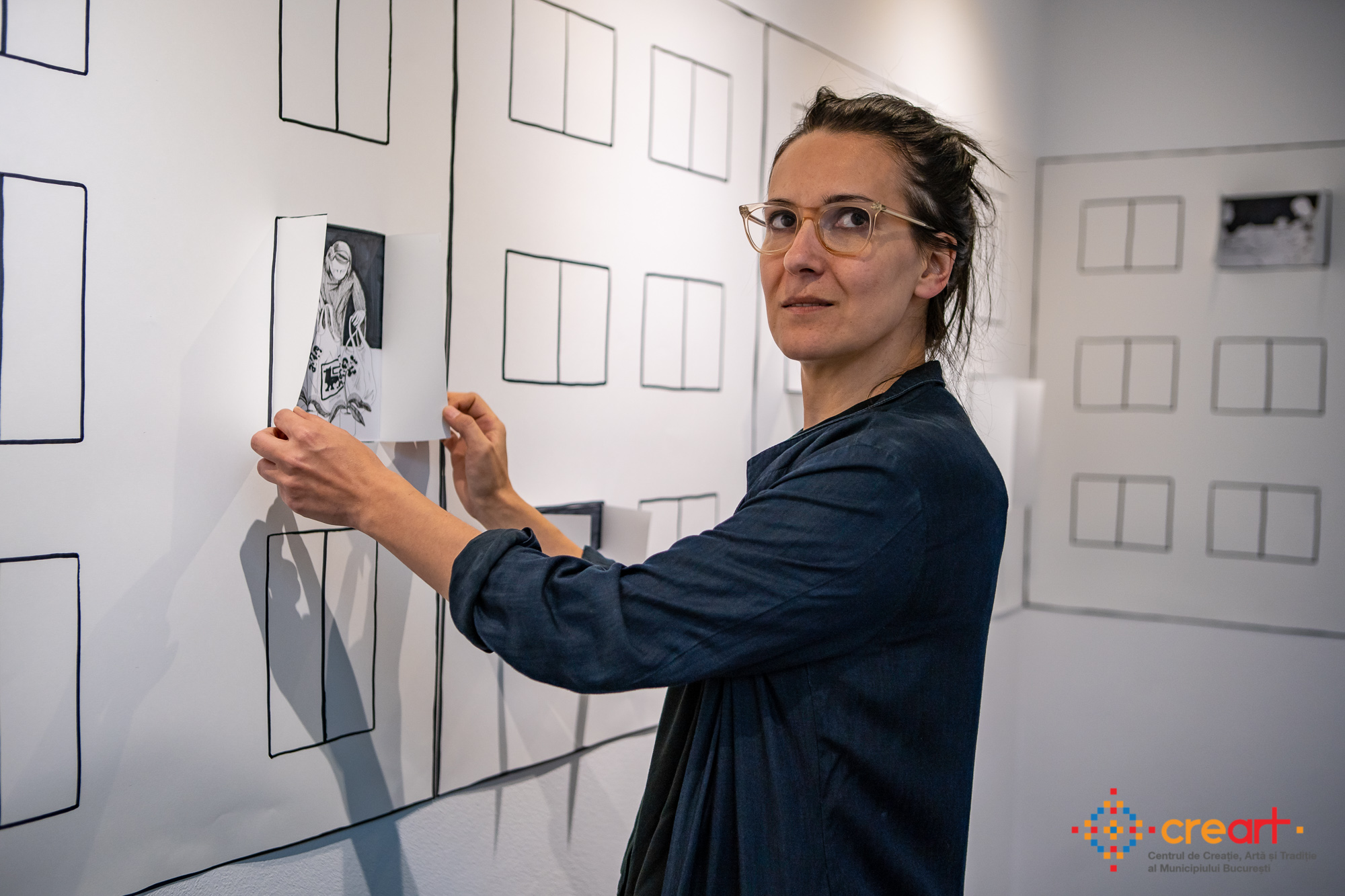 „I’ve always liked to peek inside people's homes and I’ve always found evenings very poetic, when everybody is at home. And, I believe that windows are opening inside, not only on a physical level, but also on a symbolic one. This time of year, before Christmas, I see Bucharest apartment buildings as a giant advent calendar, in which every window hides a personal story. For one second or two I’m becoming part of this story.” (Andreea Chirică)

„Curiosity is a basic element of our cognition, yet its biological function, mechanisms, and neural underpinning remain poorly understood. Andreea Chirică analyzes and reflects on the social mechanism of curiosity. The desire to get to know the lives of others gets deeper around the winter holidays, when it seems to us that Santa is through the neighbours.“ (Răzvan Ion)

Răzvan Ion is a theoretician, curator and cultural manager. He was an associate professor and lecturer at University of California, Berkeley; Lisbon University; Central University of New York; University of London; Sofia University; University of Kiev etc. He has held conferences and lectures at different art institutions like Witte de With, Rotterdam; Kunsthalle Vienna; Art in General, New York; Calouste Gulbenkian, Lisbon; Casa Encedida, Madrid etc. He is the co-founder of Bucharest Biennale, Pavilion Journal and Reforma Photo Days (toghether with Eugen Rădescu). As an artist he has exhibited in Bucharest Biennale, Poznan Biennial, SKC Gallery - Belgrade, National Museum of Art – Cluj, ICA – Bucharest, NY Experimental Festival, InterFACES – Bangkok, Centro Cultural del Matadero – Madrid, International Photo Ljubljana, Going Public - Milano, CCA Ekaterinburg, National Museum of Art – Timișoara, ICA Budapest, New Langton – San Francisco etc. He was a professor at the University of Bucharest, where he teached Curatorial Studies and Critical Thinking. Recently he was the curator of Bucharest Biennale 8, together with Beral Madra. He is the coordinator and chief curator of creart Gallery since 2017. Lives and works in Vienna and Bucharest.