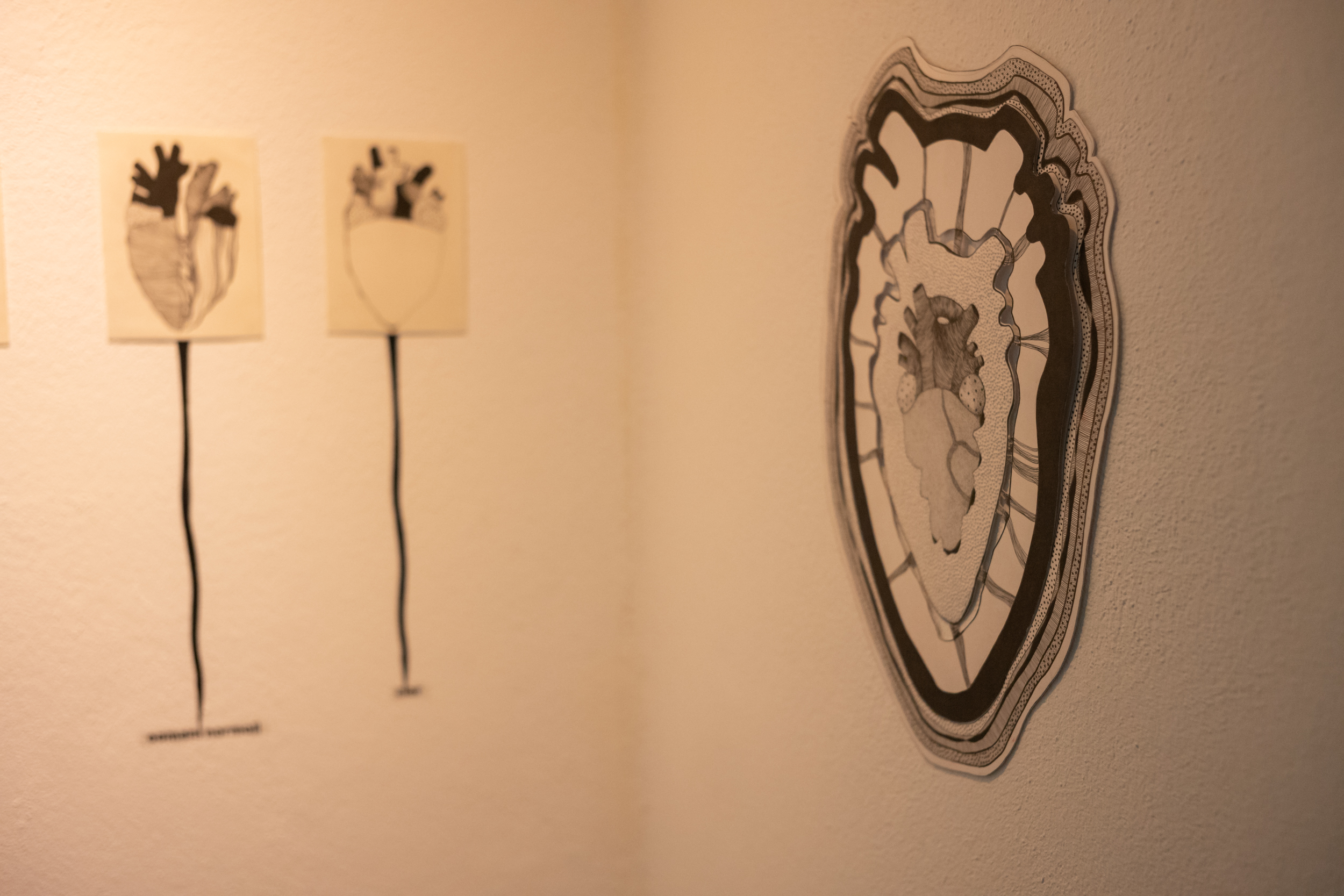 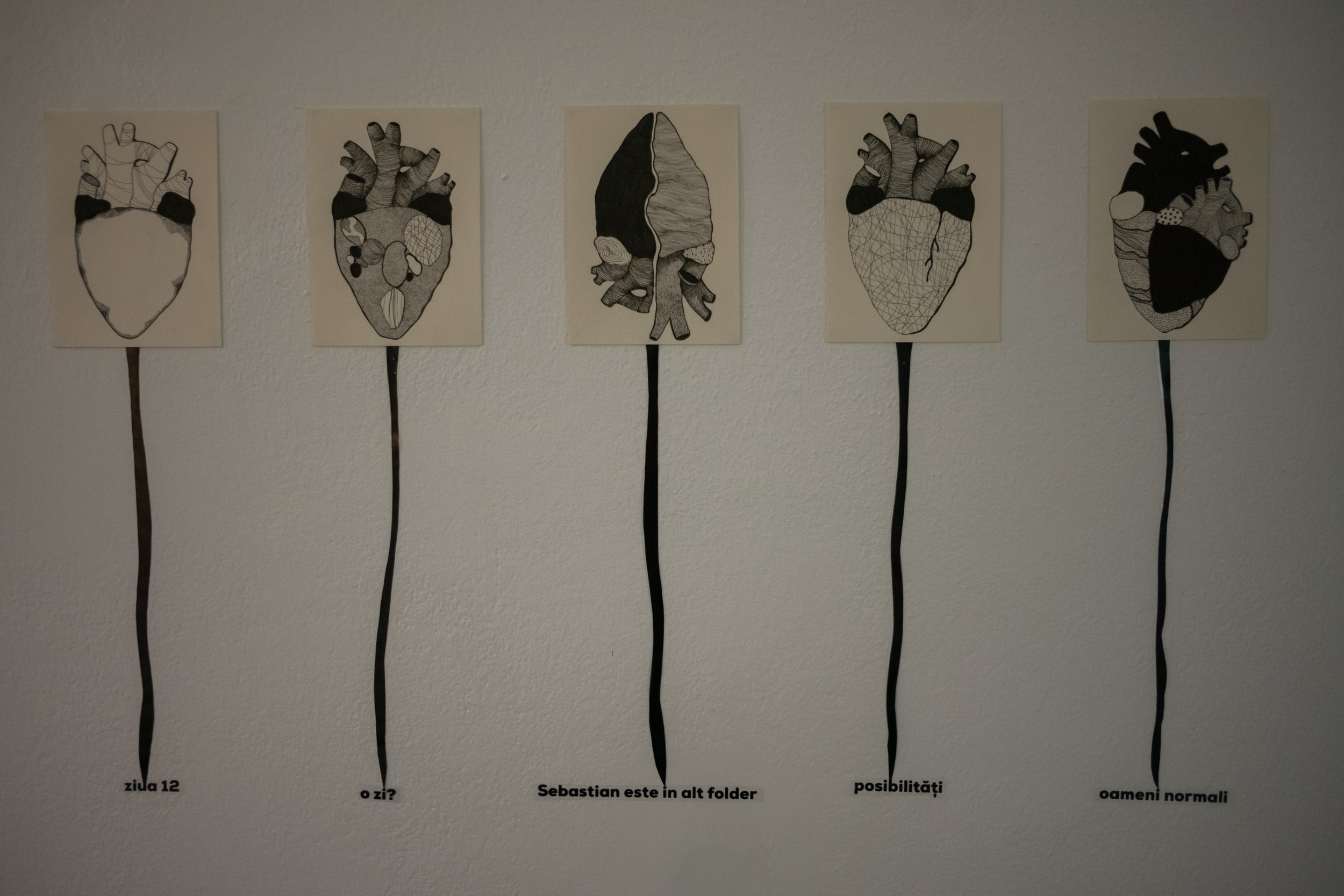 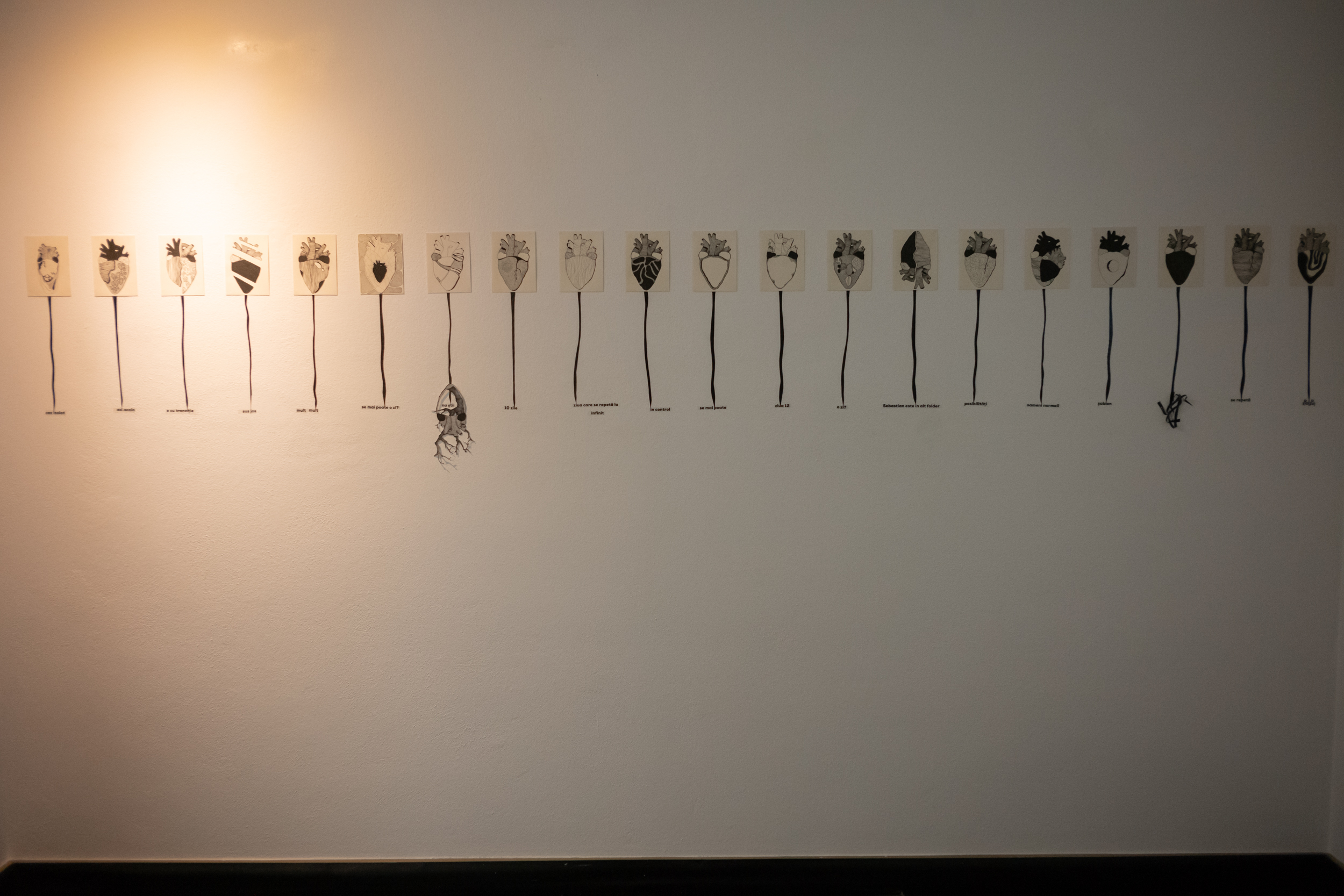 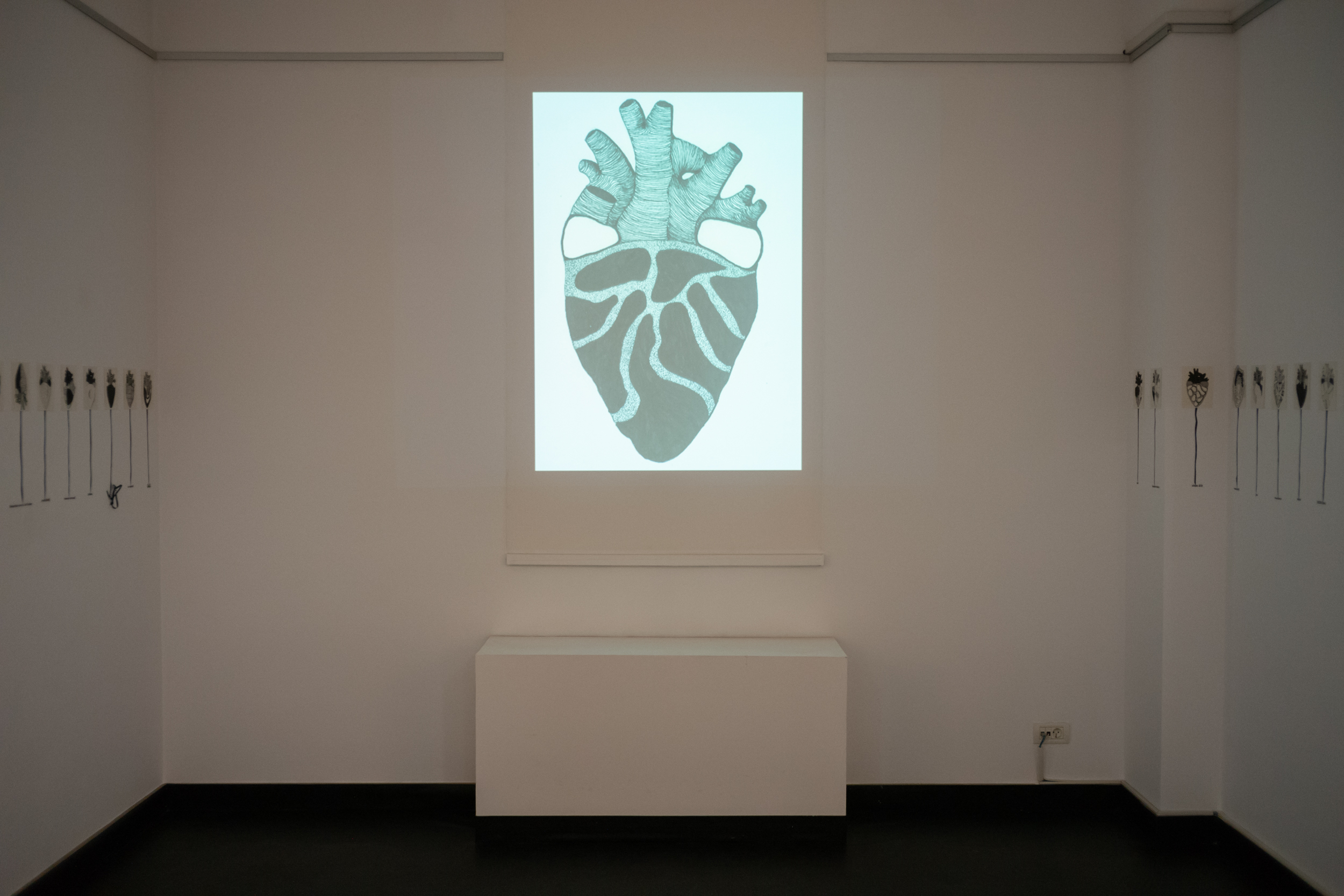 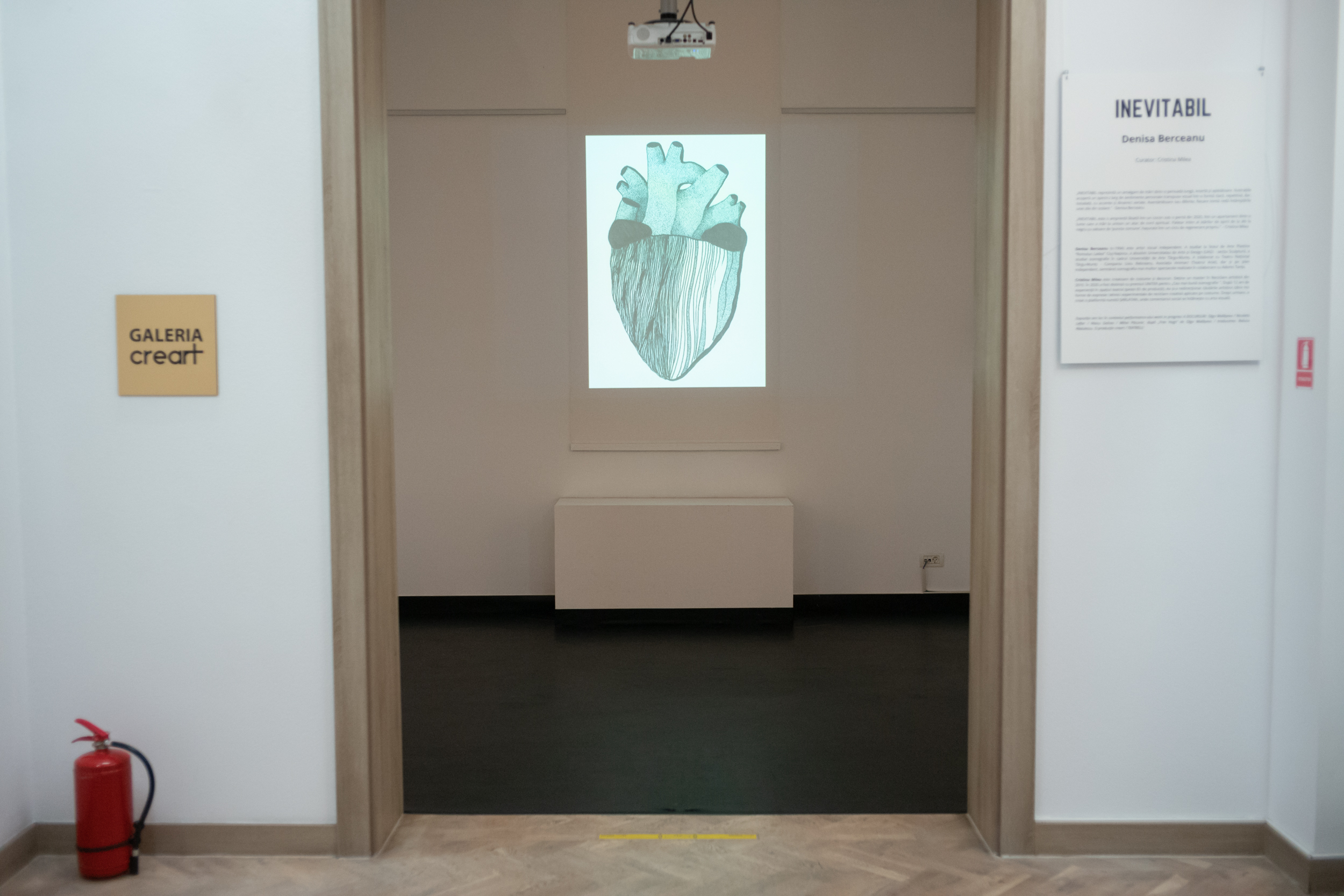 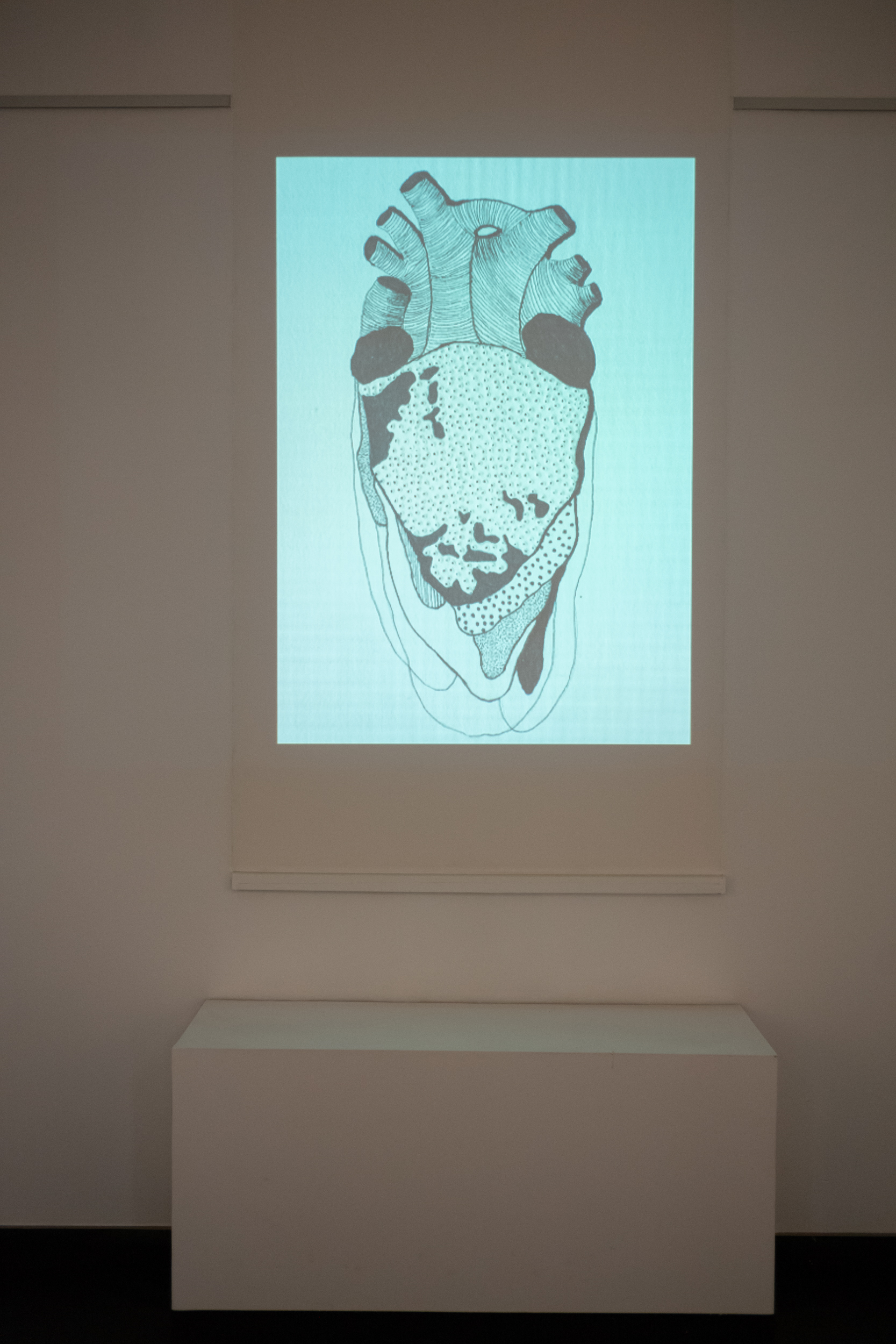 "INEVITABLE is an amalgam of feelings from a long, uncertain and oppressive period. The illustrations cover a wide range of personal feelings visually transposed into a clear, repetitive form, but also with various accents and dynamics. Similar or different, each heart recounts the events of a day in isolation.” - Denisa Berceanu

"INEVITABLE is an imprint left in a cocoon under a pillow since 2020, in an apartment from a world that has experienced a spiritual heart attack in unison. Intimate palette of moods from white to black with the value of ‘common points’, hatched in a cycle of its own regeneration. ” - Cristina Milea

Denisa Berceanu (b. 1994) is an independent visual artist. She studied at the “Romulus Ladea” High School of Fine Arts in Cluj-Napoca, graduated from the University of Art and Design (UAD) - Sculpture department and studied scenography at the University of Arts in Târgu-Mureș. She collaborated with Târgu-Mureș National Theatre - Liviu Rebreanu Company, Animact Association (Ariel Theatre), but she also worked independently, signing the scenography of several shows in collaboration with Adonis Tanța.

Cristina Milea creates costumes and sets. She has a master's degree in artistic recycling since 2010. In 2020 she won the UNITER prize for "Best Scenography". After 12 years of experience in theatre (over 65 productions), she redirected her artistic searches to new forms of expression: experimental creative recycling techniques applied to costumes. As a result, she created a platform called ȘARLATAN (Charlatan) , where social commentary meets visual art.