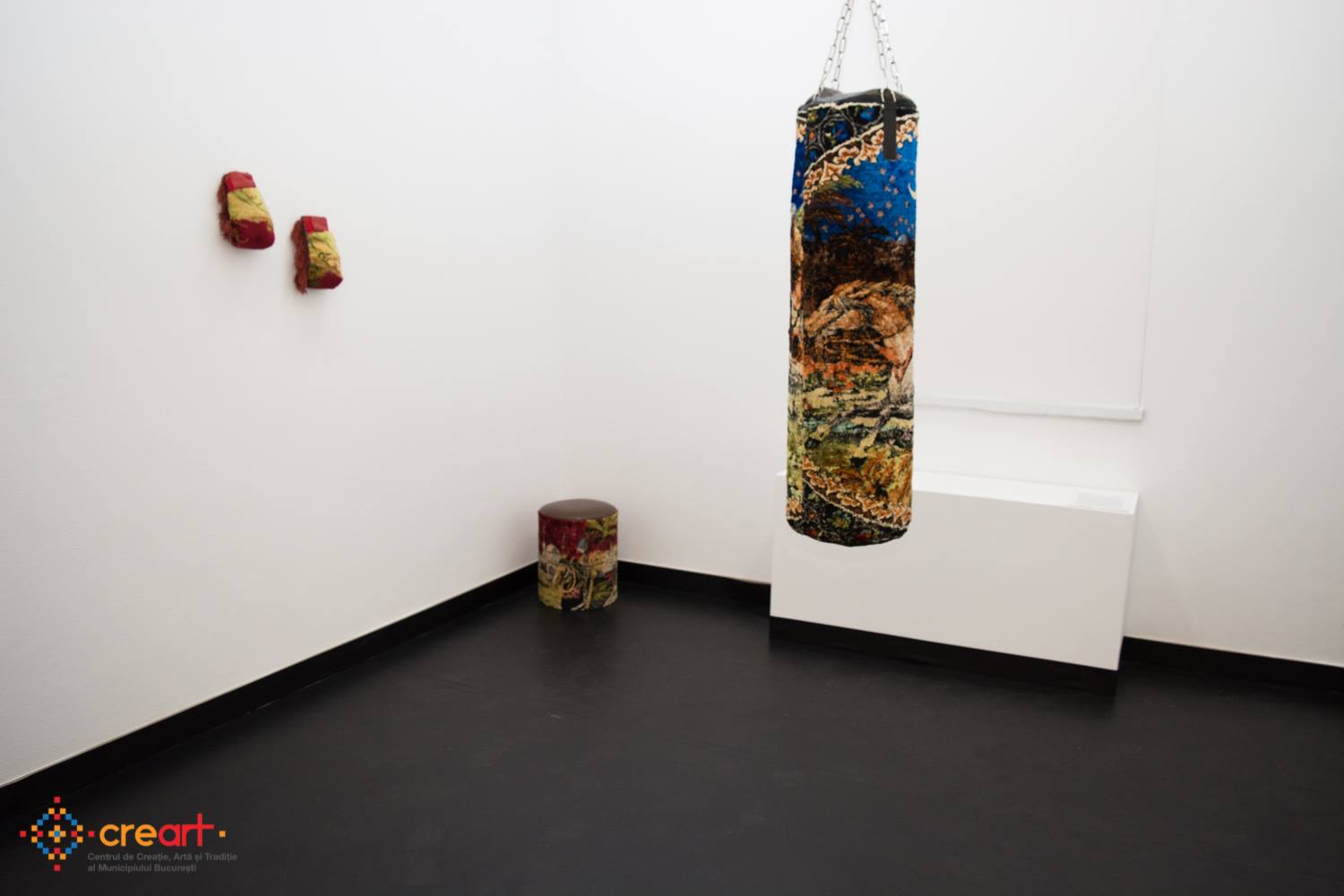 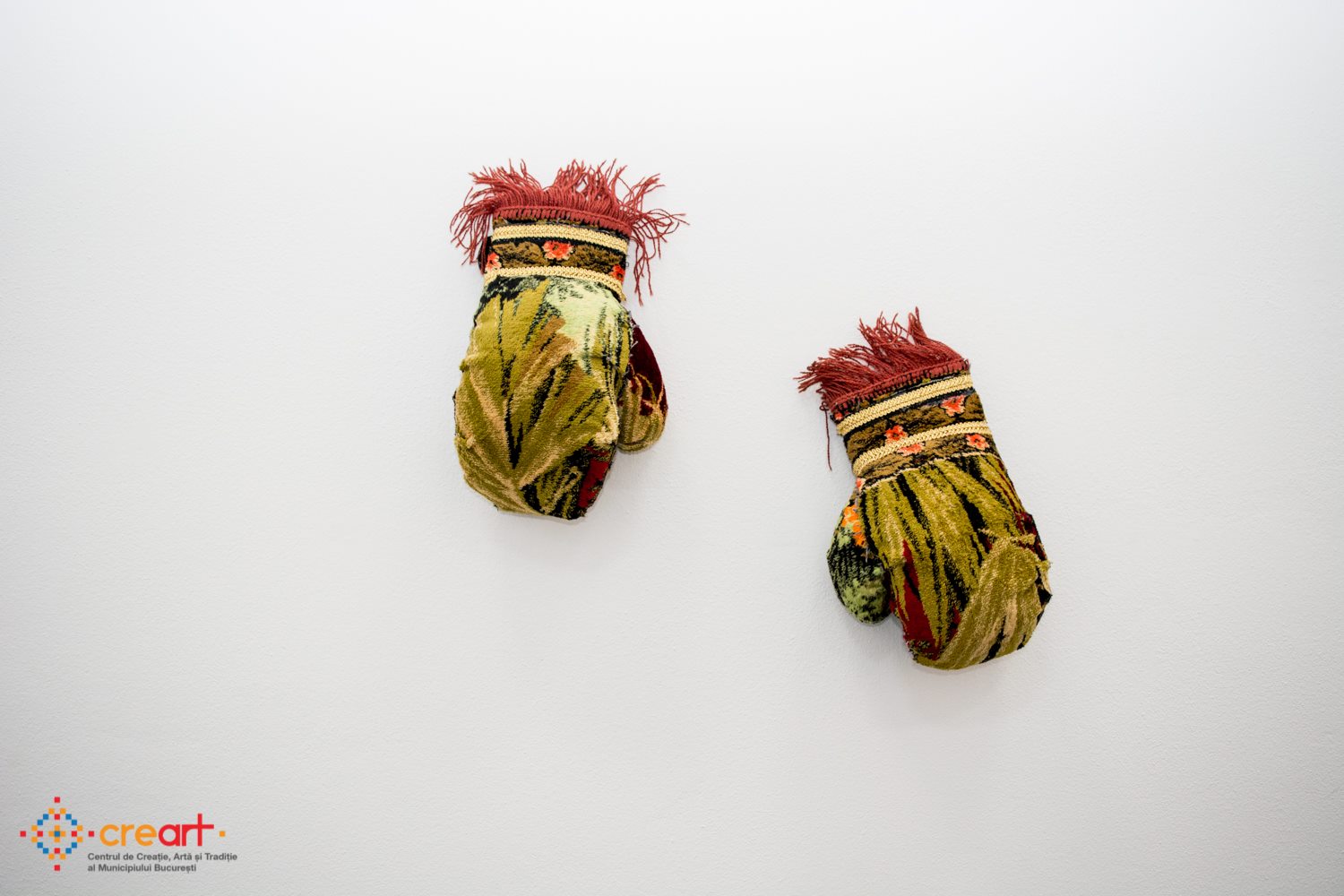 "A very fashionable item throughout Romanian homes 30 years ago, the rug representing “The Abduction from the Seraglio”, an opera by Mozart, turned nowadays into an old school symbol of contemporary kitsch. It was erased from the popular collective memory after ’89, making new space for the new consumerist products.
The interactive installation ‘Fight with Mozart’ consists of a boxing bag tapestried with this kind of rug representing “The Abduction from the Seraglio”, two boxing gloves tapestried as well, and a sound system playing fragments from the opera “Die Entführung aus dem Serail” (The Abduction from the Seraglio) by Wolfgang Amadeus Mozart.
Thus, the viewer/participant can literary interact with the installation boxing to the music of Mozart." Mihai Zgondoiu
"The duplicating mechanism of some objects relevant for the past seems a response to anxiety. An anxiety of the present projected on a past, suggested by objects which now appear to be irrelevant. Mihai Zgondoiu is an artist who chooses to analyse apparently ordinary aspects in order to lead us towards a sociological understanding of an era." Răzvan Ion